The Young And The Restless Spoilers: Billy And Lily Blow-Up Over Daniel Job Interference? 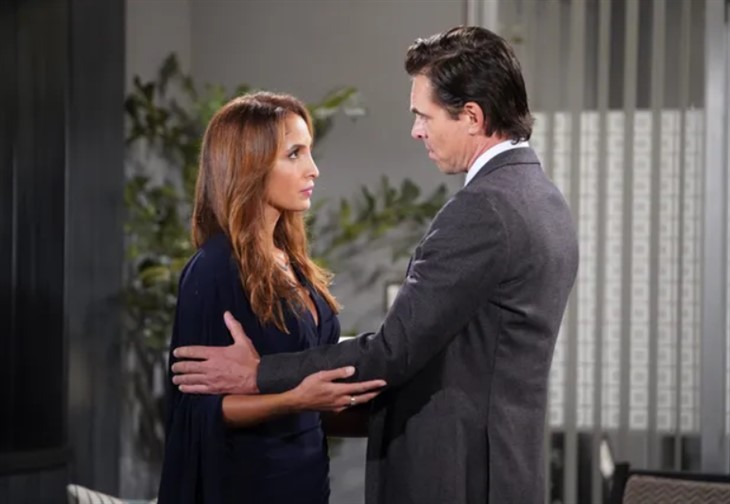 The Young and The Restless spoilers and updates tease that Billy Abbott (Jason Thompson) and Lily Winters (Christel Khalil) could blow up if Billy interferes too much. Billy could get insecure and fight against Lily hiring her teenage sweetheart Daniel Romalotti (Michael Graziadei) while they’re on a downhill path anyway!

The Young And The Restless Spoilers -Jealous And Insecure

It’s plain to see that jealousy and insecurity are cropping up on both sides of Billy and Lily’s relationship, with her seemingly threatened by his helping Chelsea Lawson (Melissa Claire Egan). Lily tries not to look like a monster by insinuating a woman Billy just saved from “unaliving” herself and is leaning on him is really more than it is. Years ago, Billy and Chelsea had a short affair that produced Johnny Abbott (Paxton Mishkind) so there is a little history between them.

Lily, of course won’t tell Billy that she doesn’t trust him not to dump her for long ago fling Chelsea; instead, she accuses him of having a savior complex. That means he gets off on running to the rescue of people but it’s not about the people he rescues, it’s all about him. Lily expects Billy to pay all the attention he’s “lavishing” on Chelsea to be lavished on her, because she feels neglected.

Chelsea’s off the ledge, she’s back home, everything’s back to normal, she doesn’t need Billy as far as Lily’s concerned. Billy genuinely cares about Chelsea, and he knows that kind of devastation-he nearly lost his mind when Delia Abbott (Sophie Pollono) died, Lily seems totally unable to empathize.

The Young And The Restless Spoilers – Billy Abbott Intimidated

On the other hand, Billy feels intimidated by the prospect of Daniel and Lily working together closely when he’s left the company and not around to supervise. Billy knows all about their teenage romance, and even though it’s been years ago, he knows the deal about never getting over one’s first love. Lily should understand why Billy relates so closely to Chelsea’s depression and why he wants to help, she remembers when Delia was run over by Adam Newman (Mark Grossman).

The Young And The Restless Spoilers: Lily Is Hedging Her Bets – Billy Feels Pull To Chelsea? https://t.co/bklGFbs6oM #Spoilers #TheYoungandTheRestless pic.twitter.com/Ba6pqDPp9l

But Billy has been a cheater most of his adult life, having several affairs while Lily was involved with other men and she was there then too. Perhaps it’s his own history that makes him think Lily would cheat on him and reignite her old romance with Daniel.