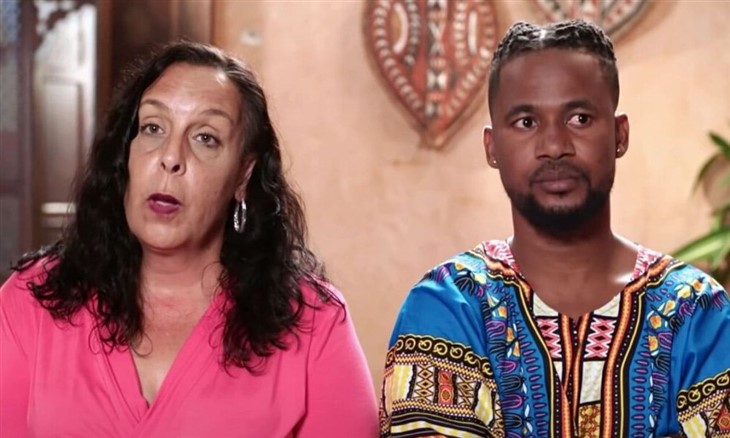 90 Day Fiance fans missed out on some really impressive footage of Kim Menzies and her Nigerian guy, Usman Umar. When they saw it, they felt a bit shocked because it would have certainly added to the quality of getting to know other cultures. It’s not clear why the TLC network didn’t air it, and Usman also surprised fans with what he said.

Kim Menzies seemed desperately jealous of Usman Umar. Recall, she claimed to be a super fan when Usman was with Lisa Hamme. With the disappearance of Lisa, Kim made her move and Usman agreed to meet her. Clearly, she wanted him to love her, and some people slammed her for acting so desperate. At least, once she finally got him to agree to sleep with her, she had the grace to admit that she’d taken things a bit too far into the embarrassment stakes.

90 Day Fiance fans saw that Kim wouldn’t take flak from influencers and she told off John Yates when he talked about her ring, Actually, everybody talked about the ring and about the fact that Usman wanted a second wife. While Kim seemed okay with that, she soon started having second thoughts. After all, she wanted to be the first wife, not wife number two. But, fans didn’t see one of the most interesting aspects of Nigeria.

Between Michael and Angela Deem and Kim and Usman, people learned a bit about polygamy in Nigeria. However, they could have also learned about the traditional royal leaders of the country as well. When Usman shared about it, he claimed that TLC left the footage out because they wanted him to look “bad” and Kim to look like “a victim.”

When 90 Day Fiance blogger, @90daydaily shared the footage that Kim shared, the admin said, “Throwback to some unseen photos and short video clip from when Usman took Kimberly to meet his King!!🤴🏿💛🇳🇬 “This is a high honor in his country and it was a special night.”

90 Day Fiance fans were surprised at the missed opportunity. Plus, they admired the traditional clothing and ceremonies. One of them said, “Wow!! What an honor. Go Queen Kimberly.”

Another person wrote,” he looks incredible!! meeting the king is awesome Kimberly!!!”

However, because TLC missed educating fans about the Nigerian culture, others mocked the total leader. One of them said, “Why does his king look like he belongs in an 80’s rap video? Almost “Coming to America” vibes. 😂”

Remember, TLC once stood for “The Learning Channel.” No wonder many people felt that TLC should do better.

Be sure to catch up on everything happening with the TLC franchise right now. Come back here often for more 90 Day Fiance: Happily Ever After  spoilers, news, and updates.