The Young And The Restless Spoilers: Sally Wants Yesterday? – Nick And Adam Compared 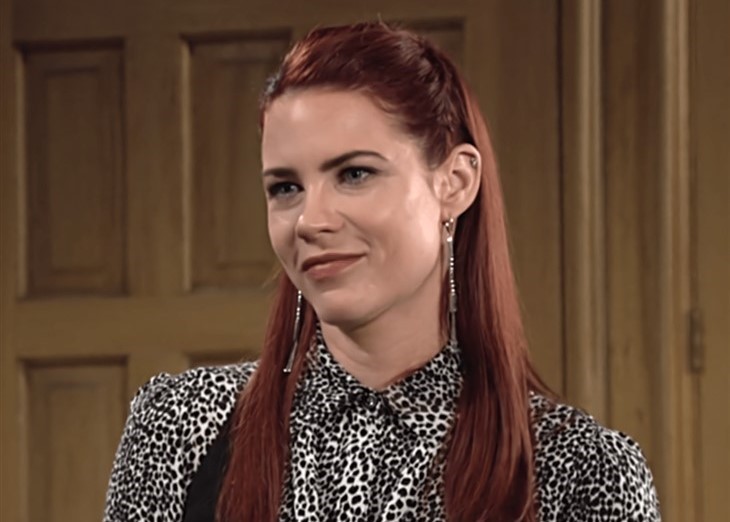 The Young and the Restless spoilers document that Sally Spectra (Courtney Hope) seemed to have made her choice. She returned Adam Newman (Mark Grossman) to the bin and accepted Nick Newman’s (Joshua Morrow) offer to replace him.

But Adam was not done. He believed in his heart Sally still loved him.

She does. But to what degree?

Hope’s character has repeatedly told Adam that he needs to move on. But she never denied what they had or allowed herself to be talked into denying the depth of her feelings for him.

The Young And The Restless Spoilers – Nick Newman Is Vanilla

Nick is a safe alternative for Sally. If she wants to settle down, become a stepmother to Nick’s children and potentially have his next child or more than one, then Adam is yesterday.

But a tomorrow with Nick will not be as exhilarating as a future with Adam. She and Grossman’s character would light the sky with varied colors, mixing them to form new shades that never existed in Genoa City, Wisconsin.

Being with Nick would be good. But would a relationship, marriage, and projected old age be great?

Women like Adam because of who he is. Adam is unapologetically brash. He can be intentionally outlandish and has a hair-trigger temper that is different than the one his other blood relatives possess.

When Adam is up, he is really up. When he is down, he goes after people. Sally shares those qualities, with their commonalities being a partial reason why their attraction was or is so vibrant.

But having so much in common with one person can prove combustible, as Sally recently experienced.

The Young And The Restless Spoilers – Sally Spectra Has A Choice

Sally could stay with Nick. Adam can not prevent her from doing so. If that happens, she will likely be happy. But for how long?

Adam suggests that he could make her blissful. He presents himself as the most unique option in the world.

That is an intoxicating pitch. It is one other ladies caught in the past.

The choice between Adam and Nick is really not about yesterday or tomorrow. It is about now.

Who is Sally right now?

That question will soon be answered. If it is not, each Newman brother may keep fighting for Sally. Maybe that is what she wants, or at least currently enjoys, on Y&R?