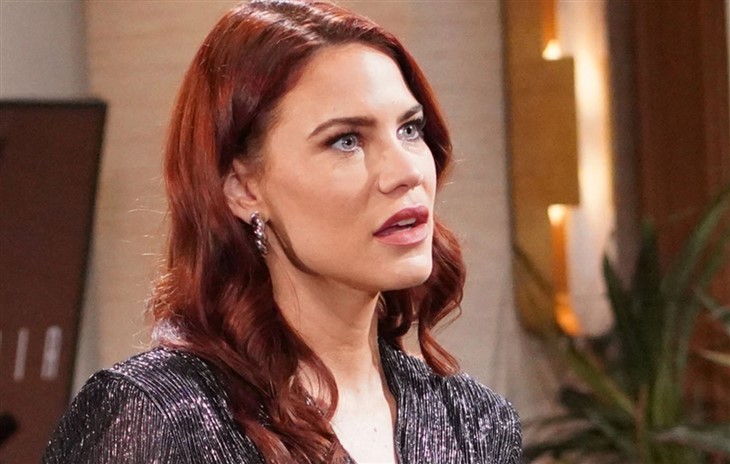 The Young and the Restless spoilers document that Sally Spectra (Courtney Hope) continues to tell Adam Newman (Mark Grossman) that he is all wrong for her. But Nick Newman’s (Joshua Morrow) brother will not give up.

Nick is the calmer alternative to Adam. Sally appears to want to fall for him but has not done so yet.

Adam senses that he retains an opportunity to prevent Sally and Nick from becoming an entrenched couple. But his points about her being so unique to him feel like a stretch.

Adam makes the women he is involved with feel like they are his main focus. In retrospect, after Sharon Rosales (Sharon Case) and Chelsea Lawson (Melissa Claire Egan) escaped his whirlwind, Adam was his top priority.

To say that Adam is self-involved would greatly mislabel his persona. He is a full-blown narcissist. As Sally said, he creates drama, resents his siblings, and is starkly erratic.

Sally should continue to talk with Sharon about Adam due to Chelsea’s current state, which Grossman’s character arguably provoked in the recent past when he had her kidnapped and then suffered a stroke.

It is true that Adam tries to be a good father and is most consistent when he is around Connor Newman (Judah Mackey). Adam and Chelsea also were going to have another son before Connor. His name was Riley Newman (Malachi Barton), but he died before birth.

Adam’s third child is Christian Newman (Alex Wilson). Nick is raising him as his son because the late Sage Newman (Kelly Sullivan) led Morrow’s character to believe that was his child. Adam knows the biology and felt it best not to upset Christian’s world, though he did tell him he was his dad. That incident upset the boy badly.

Sally is the woman Adam wants to marry and presumably have another child with in the future. The bond of a child or children would be forever.

Nick knows that Sally cares about him. But he senses that Adam’s pull remains strong.

So, can Sally logically commit to Nick and cut Adam off? She is teased to become involved in another romantic encounter with Adam. That could prove to be decisive on Y&R.