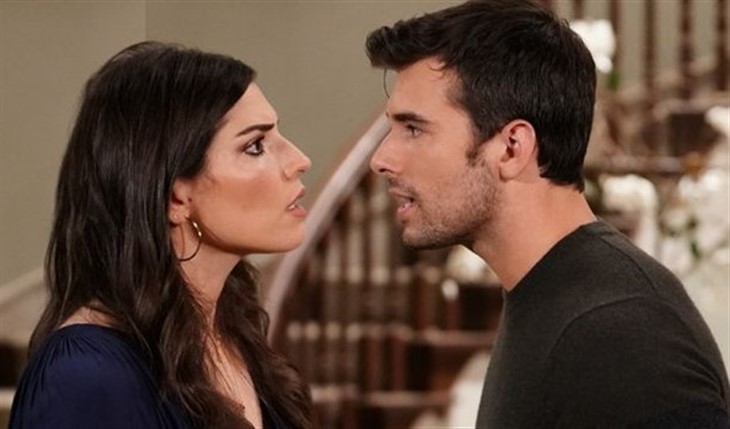 General Hospital spoilers reveals Brook Lynn Quartermaine (Amanda Setton) has been keeping a pretty massive secret from her boyfriend, Harrison Chase (Josh Swickard). She has known all along that he was devastated to be suspended from the PCPD — an event that only happened because he assaulted two people in defense of BLQ. She should be grateful, but she’s too busy being self-centered to remember.

When Dante Falconeri (Dominic Zamprogna) told Brook Lynn all she needed to do was write a letter of recommendation about Chase to the PCPD review board, she saw all of her dreams of a career in the music industry circling the drain. So she put it out of her mind and decided she would handle it later, when it suits her needs better. The only problem is…Dante just let it slip to Chase that a letter was supposed to be written and never was. As much as Chase wants to believe BLQ has his best interests at heart, he’s wearing thin on faith that this has anything to do with him.

Linc Brown (Dan Buran) recently made BLQ an offer she might have a hard time refusing, which only further complicates things. Brook Lynn has been gunning for the rights to her songs this whole time, and Linc is finally offering them back to her as long as she puts in a good word for him every chance she gets and helps clean up his reputation. It would seem word is getting around about Linc being a sexual predator. Will BLQ really stoop so low as to lie for him and help cover it up?

Brook Lynn has needed Chase to stick with her this whole time. Without him, she has no talent. She can’t sing anymore, so representing others who do was her new niche she was settling into in the industry. However, if he jumps ship, her second career in the music business will be over faster than her first. As she starts to feel Linc breathing down her neck giving her an alternative way to get her songs back, will she feel even more pressure to keep Chase on the hook?

It’s not looking like Brook Lynn is going to have much of a say in what Chase does next. He spent days giving her countless opportunities to come clean with him and she didn’t. He is growing very impatient, and he’s finding it hard to even spend time with her while this elephant is in the room. The longer Brook Lynn has held out, the more Chase has felt like he’s no longer in the same relationship he thought he was in anyway. When he erupts, it could very well be the end of it all. Will BLQ run to Linc to seal that deal before it goes away? Stay tuned for more General Hospital news and spoilers as we continue to dish them out every day.