The Bold And The Beautiful Spoilers: Is Krista Allen Leaving B&B — Thomas And Taylor Leave Town? 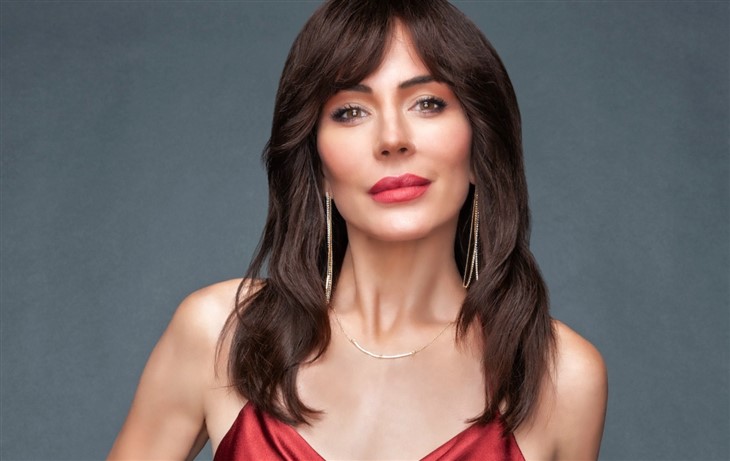 When Ridge asked how that was possible, Steffy explained he used Douglas Forrester’s (Henry Joseph Samiri) phone. Douglas played the voice-changing app recording. It sounded like Brooke, but it was Thomas.

The Bold And The Beautiful Spoilers– Taylor Hayes Under Fire

Ridge will learn that Taylor knew about the CPS lie before the wedding. B&B spoilers state that Steffy will disclose that she urged her mother to tell him. She thought it was Taylor’s place to expose Thomas’s lie.

When neither spoke up, Steffy had to reveal the truth. She wanted her parents to remarry, but she couldn’t stay quiet because if they did wed, it would be based on a lie. Taylor will face Ridge’s rage for not coming clean. He will blame her, at least partly, for keeping this secret from him.

Taylor will have to decide her future. B&B spoilers tease that Ridge will eventually reunite with his destiny, Brooke. Taylor will be left heartbroken over losing Ridge (again) to Brooke.

Bold and the Beautiful spoilers state that Taylor may consider leaving town, but it’s unlikely she will follow through with it. She will want to stick around to help Thomas.

One rumor going around social media is Taylor leaves town temporarily with Thomas. She may know a treatment center that can help him.

Taylor knows that this lie will cost Thomas everything he’s worked for. He could lose his job at Forrester Creations and custody of his son. There’s a slight possibility that Eric Forrester (John McCook) could kick him out after Donna Logan (Jennifer Gareis) learns about his scheme to oust her sister from Ridge’s life.

Time will tell what will happen next with Taylor. B&B spoilers suggest that she won’t be leaving anytime soon. The writers need her to stick around to make it harder for Brooke and Ridge to reunite.

B&B fans, do you think Thomas and Taylor will leave town following the wedding aftermath? Keep watching Bold and the Beautiful, airing weekdays on CBS and streaming on Paramount Plus. This site is a leading source for everything linked to The Bold and the Beautiful. Check back regularly for B&B spoilers and news!