The Bold And The Beautiful Spoilers: Ridge Put Himself In Box – Thomas’ Future Cloudy 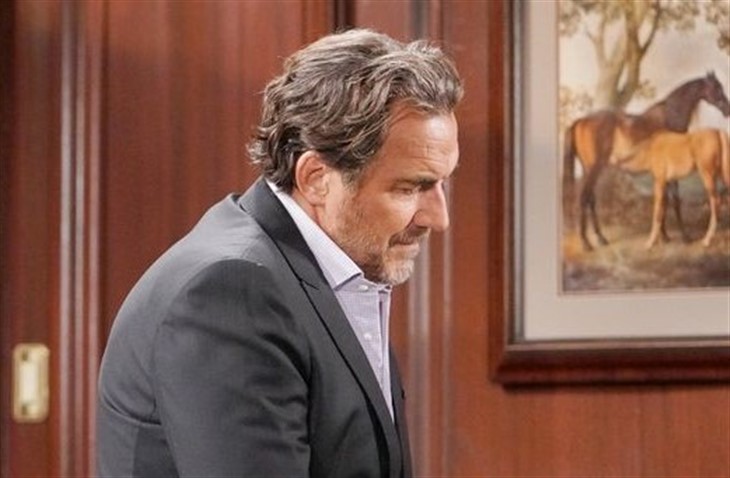 The Bold and the Beautiful spoilers document that Ridge Forrester (Thorsten Kaye) believed that Taylor Hayes (Krista Allen) was true blue. He also reconciled that his true love, Brooke Logan (Katherine Kelly Lang), was behind him.

As has been painfully revealed, in a moment of truth, Taylor failed. Ridge was disappointed in the woman he lovingly refers to as Doc because integrity was her assumed greatest quality. It was one of the elements that Ridge believed put her above Brooke at this time in his soapy life.

The Bold And The Beautiful Spoilers – Thomas Forrester Destroyed Everything?

In the aftermath of the remarriage disaster, Thomas Forrester (Matthew Atkinson) told his father that he moved out of Brooke’s home twice this year. That point was a good one and is actually separate from the disaster Thomas created.

Brooke was at fault when she allowed Deacon Sharpe (Sean Kanan) to become too close to her after he was released from prison. That allowed the Sheila Carter (Kimberlin Brown) inspired setup to hit harder than it otherwise would have.

Ridge was at fault for believing the worst of Brooke when he heard what appeared to be her voice on the call to Child Services.

Blaming Thomas is a convenient out because he is fully responsible for what was revealed at the Forrester mansion on what should have been an upbeat event. But the voice application hoaxer’s status is shaky.

Thomas has no easy out of this situation in losing his greatest backer, Ridge.

Ridge can not move forward with Taylor. She gave him an out, telling the love her of life that their remarriage could not be based on a lie.

Brooke is and will always be Ridge’s greatest soul mate. Taylor must know that in her heart. Why Allen’s character was willing to wait indefinitely for Ridge to choose her could provide digital copy for many articles.

Ridge has to tell Brooke what happened and then hope she takes him back. Lang’s character will be forced to consider whether she can trust Ridge.

Ridge has been lax in disciplining Thomas through the years. A partial reason is that Taylor was often out of town, and Ridge assumed an extended role in Thomas’ life.

But Ridge also opposed many of Brooke’s attempts at reigning in Thomas through the years. Taylor was not an absentee mother in recent years. And Thomas has been an adult for a long time.

Steffy Forrester Finnegan (Jacqueline MacInnes Wood) knows her family’s history as it relates to Thomas. She did what was needed to help her parents and to apply discipline to her misguided brother on B&B.