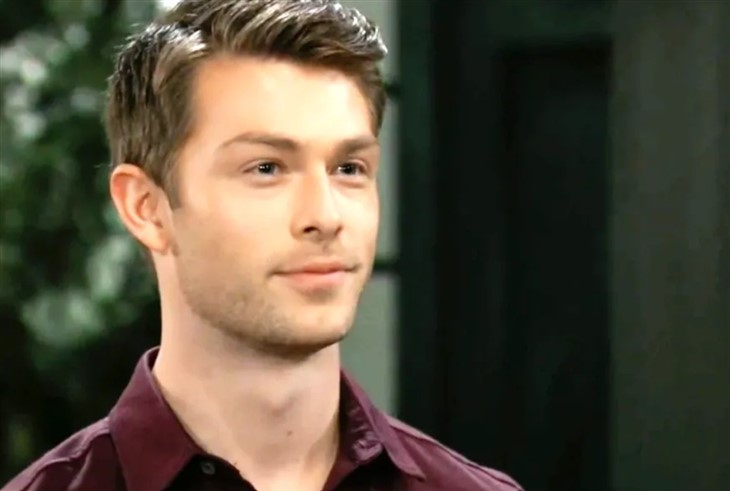 General Hospital spoilers tease Michael Corinthos (Chad Duell) has been scheming for a way to take down his father, Sonny Corinthos (Maurice Benard) all year. Putting a plant in place to deconstruct his business from the inside out was the smarter thing Michael could have done. Although there have been a few bumps in the road that have raised Sonny’s suspicions, for the most part, Michael’s plan is progressing well.

There’s just one problem — his little sister. Josslyn ‘Joss’ Jacks (Eden McCoy) was never supposed to get mixed up in Michael’s business, and despite ordering Dex Heller (Evan Hofer) to keep his distance from Joss, Michael isn’t having any luck keeping them apart. Will leaking word of Joss’ secret friendship with Dex to Cam help, or might it blow up in Michael’s face?

It seems like Dex has a problem following orders from both of his bosses. When Sonny told him to hijack the van transporting Anna Devane (Finola Hughes) from the PCPD to Pentonville, he didn’t report to Sonny when plans changed and Heather Webber (Alley Mills) was brought on board to be taken to D’Archem. He also didn’t let Sonny know when the other guard caused him to crash, or that he was shot.

That had the potential to become a much larger problem if Valentin Cassadine (James Patrick Stuart) had not linked up with Anna and reported back to Sonny that she was safe. Still, he didn’t know what happened to Dex. This was only weeks after Dex was nearly killed in pursuit of the truth in Pozzulo’s meat locker. The guy has been in trouble with the boss twice in the span of one month. That must be some kind of record for any associate of Sonny’s who has ever lived to talk about it. Dex also hasn’t been taking Michael’s orders into account. Mikey demanded that Dex stay as far away from Joss as possible, and yet Dex just keeps ending up in close quarters with her.

When Michael realizes Dex still isn’t abiding by his rules and steering clear of his little sister, he’s going to take matters into his own hands. Michael knows he can’t go to Joss, because then she will wonder how Michael knows anything about her involvement with Dex and he can’t clue her into what they’re doing working together.

Instead, Michael is going to need to find a way to get someone else to pull Joss out of Dex’s orbit — and Cameron ‘Cam’ Webber (William Lipton) is the perfect person for the job. Michael is going to drop hints to Cam that Joss is possibly getting in over her head with another guy, and he won’t have to say much to get Cam hot under the collar.

When Michael tells Cam he knows Joss has been spending time with Dex, it’s not going to surprise him, but it is going to be the confirmation he needed to confront Joss and call her out. Is Dex the reason Joss has been avoiding his calls and dodging spending time with him? If she wants out of their relationship, she should just say so. They used to be friends more so than just lovers, and now Joss isn’t treating Cam like he’s either to her. What gives?

When Cam confronts Joss and tells her he knows how she’s been spending her time, she’s going to wonder how he found out. Certainly, her mom didn’t tell Cam about Dex camping out in her dorm room — so who did? Cam might not reveal his source, citing it doesn’t matter. Regardless, Joss is going to be more upset that Cam found out than at what is actually happening to her relationship with him — and that might be the writing on the wall for Cam. Stick around for more GH news, updates, and spoilers as we continue to dish them out.