The Young And The Restless Spoilers: Sally Makes A Surprising Choice In Time For Christmas 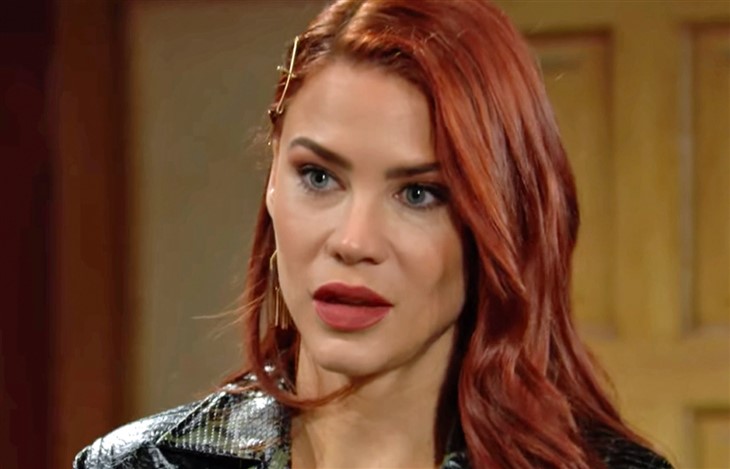 The Young and the Restless (Y&R) spoilers tease that Sally Spectra (Courtney Hope) will make a surprising choice in the weeks ahead. The soap fans assume she will pick Adam Newman (Mark Grossman) after the duo shared a steamy moment. However, the Christmas pictures for Y&R reveal that may not be the case. It suggests she will stick with Nick Newman (Joshua Morrow) until Christmas.

The Y&R writers seem to want to push Sally and Adam together, but it could be a slow burn. They could sneak around to see each other for several months before Nick corners Sally and forces her to choose between him and Adam.

Sally decided to commit o a relationship with Nick. He provides stability, honesty, and loyalty –many traits she felt Adam lacked. While she doesn’t feel as much passion for Nick, he’s the better choice on paper.

Adam’s impromptu marriage proposal knocked the wind out from under her feet. Months ago, she would have loved the thought of being Adam’s wife. But now, she’s not sure that would work out. His proposal made her question her relationship with Nick.

Y&R spoilers reveal that Nick asked Sally if she still has feelings for his brother, Adam. She denied wanting to be with him, admitting she still has unresolved feelings for him. However, she assured Nick that she was with him because she wanted to be and didn’t want a life with Adam.

The CBS Christmas pictures show Sally and Nick posing in front of a decorated tree. It’s clear they will spend Christmas together. In another photo, Chelsea Lawson (Melissa Claire Egan), Adam, and Connor Newman (Judah MacKey) posed for a picture. Perhaps, Chelsea and Adam will spend the holidays together to bring a sense of normalcy for Connor.

Soap love triangles are usually drawn out for months, sometimes a year. Sally could stick with Nick for several months, leaving him in May or even in November. When Adam and Nick had their last love triangle with Sage Warner (Kelly Sullivan), the storyline dragged on for over 14 months. That should give you an idea of how long it will be before Sally leaves Nick for Adam.

Y&R fans, are you surprised Sally will spend Christmas with Nick? Keep watching Young and the Restless, airing weekdays on CBS and streaming on Paramount Plus. This site is a leading source for everything linked to The Young and the Restless. Check back regularly for Y&R spoilers and news!