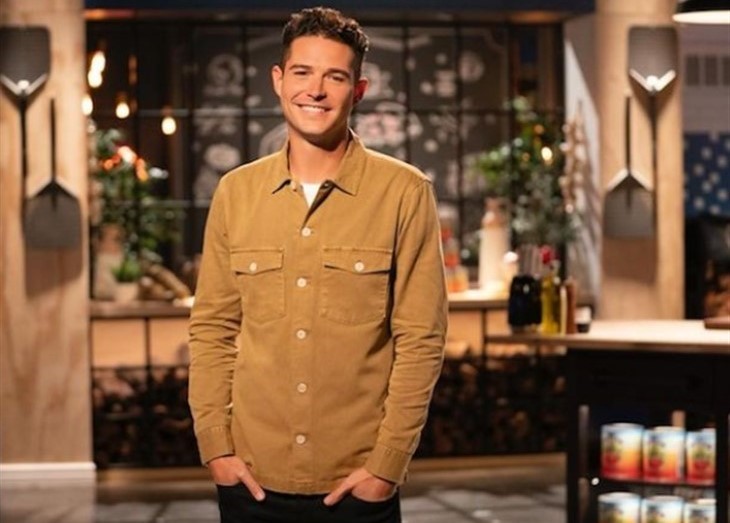 Bachelor fans shared the joy of Wells Adams and his new bride Sarah Hyland when they enjoyed their honeymoon in the Maldives. However, his joy has turned into tears of sorrow because his beloved Bloodhound, Carl has passed away. The sad news arrived on Instagram on December 3.

ABC fans are used to Wells being mostly upbeat, and he’s most often associated with the Paradise spinoff. Often, fans saw him giving advice to the contestants, as he ran the bar in Paradise. Before that, he was featured in JoJo Fletcher’s season of Bachelorette. Of course, he didn’t find love there but later, he found Sarah, and their romance was the focus of a lot of attention.

Bachelor Nation fans love reality stars who adore dogs. Kaitlyn Bristowe and Dean Unglert are well-known for their love of animals. So, it’s no wonder that they were quick to reach out to Wells when he announced that Carl the Bloodhound had passed away. Of course, Sarah Hyland was in the comments as well, helping to comfort the ABC star.

When Wells Adams wrote his tribute, there were definitely some tear-jerking moments. For instance, he said, “I hope you visit me all the time in my dreams to play tug of war. My jogs will never be the same but I’ll make sure to stop by the trees where the squirrels are in case you’re still running with me.”

The Bachelor star told his followers how much he loved his pooch. One line said, “You were the best boy I’ve ever known. I hope you thought I was a good dad.” As he struggled to write through his “tears,” he added, “You’ll always be my big ole hounder. I love you.” Carl was part of Wells’ family for a long time, and he’s devastated. he wrote, “@carlthebloodhound has gone to doggy heaven.”

Bachelor star Dean Unglert wrote in the comments, “love you buddy. carl was a good one, you’re both lucky to have had each other.”

Meanwhile, Kaitlyn Bristowe penned, “NO 😢 my heart. It’s broken for you. I’m so sorry. He will forever visit you ❤️❤️❤️.”

Nick Viall wrote, “What an incredible dog and friend. He will be missed.”

Many more ABC stars turned up to express their sorrow and love to Wells and Sarah. Of course, ABC fans also sent in their thoughts. One of them wrote, “These are the posts that break you. Always looked forward to the Carl content. I am so sorry. Hugs and prayers from St. Augustine, FL. Carl, you will be missed buddy.”

Be sure to catch up on everything happening with The ABC cast. Come back here often for more Bachelor in Paradise spoilers, news, and updates.