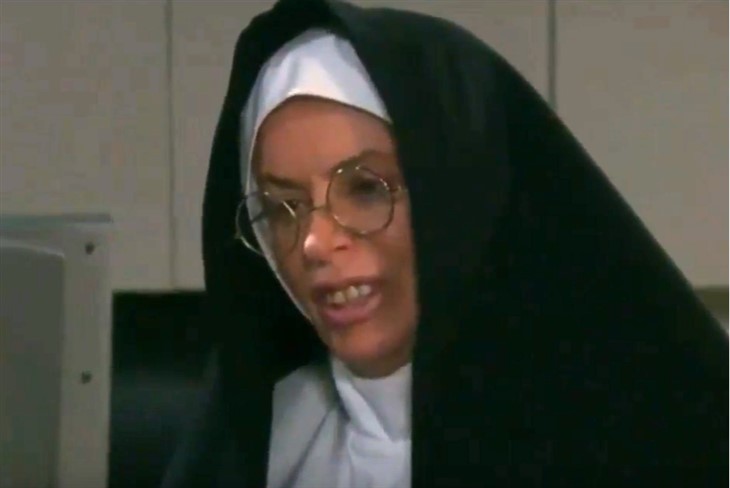 Days of Our Lives spoilers indicate that Stacy Haiduk is back on double duty only this time she’s not playing Susan Banks. Susan’s sister, Sister Mary Moira (Stacy Haiduk) will make an appearance.

Days Of Our Lives spoilers reveal that Sister Mary Moira will show up in Salem, likely to say goodbye to Susan. So far, E.J. Dimera (Dan Feuerriegel) has said nothing about a memorial service but his aunt will probably be all about a service for her sister. Will they end up having a funeral for Susan or could Susan turn up alive after all? Will Sister mary Moira see Kristin in her Susan outfit trying to see E.J.?

Susan was minding her own business when Xander Cook (Paul Telfer) grabbed her out of the living room at the Dimera mansion. Susan had nothing to do with the argument between Ava Vitali (Tamara Braun) and E.J. but Ava wanted to make E.J. pay and chose to use Susan to make that happen. Ava was originally going to turn Susan Lose but changed her mind.

After Xander let Susan escape, Ava grabbed her again and took off in the car driving it off a cliff. Ava wanted to hurt E.J. in the worst way possible. Of course, Ava probably wouldn’t have done any of this if Charlie Dale (Mike Manning) wasn’t egging her on. Susan is currently presumed dead, however, could she make a comeback much as Ava did?

After years of being on NBC Network, Days of Our Lives switched to steaming only on Peacock this past September. Days of Our Lives is available at 6 am Eastern time on weekdays. Days is also available on The W Network and the Global TV App in Canada.