The Young And The Restless Rumor: The Twist For ‘Teriah’ That Would Rip Sharon’s Family Apart 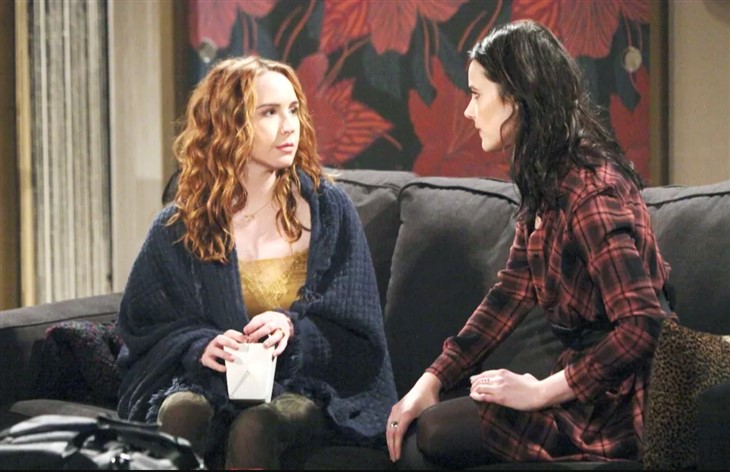 The Young and the Restless (Y&R) spoilers tease that a twist could be coming that could rip Sharon Newman (Sharon Case) and Nick Newman’s (Joshua Morrow) family apart. Audra Charles (Zuleyka Silver) told Noah Newman (Rory Gibson) that she was pregnant with his child but miscarried.

Christine Blair (Lauralee Bell) has been helping Tessa and Mariah find a baby and handle the legal paperwork to adopt. She prepared them for the emotional journey. When they thought they had found the perfect pregnant mother, she decided to give her baby to her sister to adopt.

Now, Mariah and Tessa are looking for another birth mother to make their dreams of being parents a reality. They might even tell Christine they are open to a child up to the age of two if it brings them closer to adopting a child.

In true soap opera fashion, it’s possible that Audra’s baby lived, and she put the infant up for adoption. Y&R spoilers suggest that Mariah and Tessa could unknowingly adopt the baby. It opens the door for heartbreak for Noah, Tessa, Mariah, and Sharon.

Noah will learn that his child didn’t die when the truth comes out. He may want to raise his child, forcing Tessa and Mariah to give the baby up. It would be heartbreaking for Sharon, who knows firsthand how hard it is to give a child up. She also knows what it feels like to lose a child, as she believed Faith Newman (Reylynn Caster) had died during childbirth.

Thankfully, she learned Faith was alive and living with Ashley Abbott (Eileen Davidson), but the situation was stressful and emotionally draining. If this is the direction Young and the Restless is going, let’s hope that Noah, Tessa, and Mariah can come up with a custody agreement so they can all be a part of the child’s life.

Y&R fans, do you think Mariah and Tessa could adopt Audra’s baby? Keep watching Young and the Restless, airing weekdays on CBS and streaming on Paramount Plus. This site is a leading source for everything linked to The Young and the Restless. Check back regularly for Y&R spoilers and news!