The Young And The Restless Spoilers: Abby, Elena, And Devon Love Triangle Putting Dominic’s Dad In A Difficult Spot 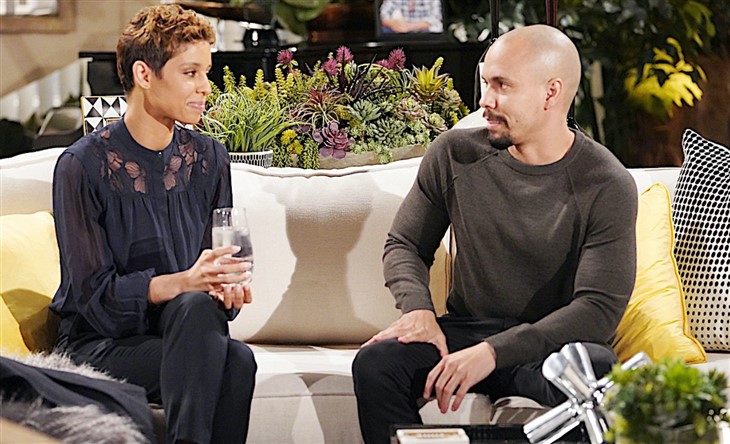 The Young and the Restless (Y&R) spoilers tease that another love triangle could be coming to the CBS soap opera. Abby Newman (Melissa Ordway) and Devon Hamilton (Bryton James) had a weak moment. They slept together just as Amanda Sinclair (Mishael Morgan) and Chance Chancellor (Connor Floyd) walked in and witnessed the betrayal.

Abby and Devon struggle to keep their distance from each other. Abby swears it was a mistake, a move that ended her marriage. Devon, on the other hand, doesn’t regret their tryst. He knows he has deep feelings for Abby and thinks she feels the same way.

But Abby and Devon’s complicated relationship will be hit with another blow. After Victoria Newman (Amelia Heinle) and Nate Hastings, Jr (Sean Dominic) cheat (it’s only a matter of time), Elena Dawson (Brytni Sarpy) will find comfort in Devon’s arms.

Abby and Devon can deny their feelings for each other all they want, but the soap viewers know that they want to be together. Devon tried to tell Abby that he wasn’t sorry for what had happened between them. He admitted to feeling terrible that Amanda and Chance got hurt in the process, but he doesn’t regret what happened between them.

Y&R spoilers suggest that Abby and Devon will end up in bed together again. On Wednesday’s (November 30) show, Devon came close to kissing Abby. It was a clue that they had chemistry together and could eventually end up together.

Nate and Victoria are growing closer, and they have fantastic chemistry. Soap viewers think they will eventually end up hopping in bed. When that happens, Elena will need support. Y&R spoilers suggest Elena will lean on Devon for support.

It makes sense for Elena to turn to Devon. They shared a life and had a close relationship. What better person to turn to than someone you thought you would grow old with?

It could get complicated if Devon and Abby were in a relationship then. Abby wouldn’t want Elena to spend time with Devon. She could worry their relationship could end in an affair.

Devon has proven over and over that he is willing to cheat. Y&R seems to be setting up another love triangle that will end in heartache.

Y&R fans, do you think Devon, Abby, and Elena could enter a love triangle? Keep watching Young and the Restless, airing weekdays on CBS and streaming on Paramount Plus. This site is a leading source for everything linked to The Young and the Restless. Check back regularly for Y&R spoilers and news!