The Young And The Restless Spoilers: Kyle and Summer Pushed Too Far, Ashley And Phyllis Reprimanded 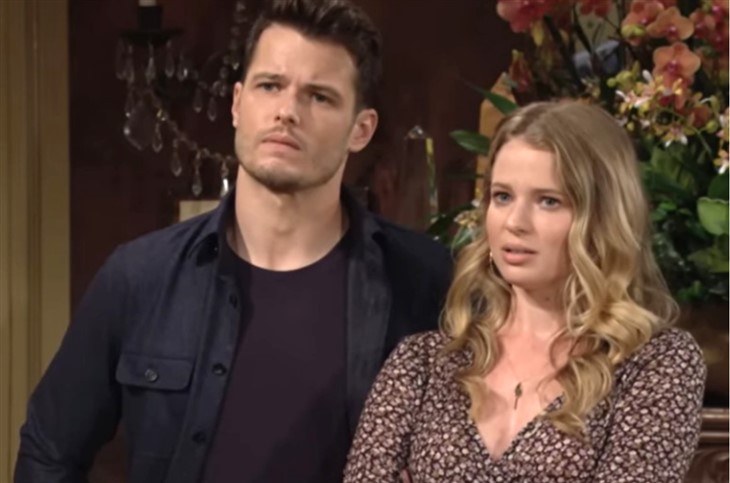 The Young and the Restless (Y&R) spoilers and updates tease Kyle Abbott (Michael Mealor) is overcome with frustration. Kyle has wanted to have his mother Diane Jenkins (Susan Walters) in his life. Kyle has had the support of his wife Summer Newman Abbott (Allison Lanier). Kyle has been aware that Ashley Abbott (Eileen Davidson) and Phyllis Summers (Michelle Stafford) have wanted to Diane to leave Genoa City. Kyle and Summer are going to find that Ashley and Phyllis have crossed the line in their efforts to get Diane to leave.

Kyle wants Ashley to stop working with Tucker against Diane. Kyle intends on convincing Ashley that she needs to leave Diane alone. Kyle has found out that Diane could be in danger. Diane had been an accomplice to Jeremy Stark (James Hyde) when she was living in Los Angeles. Jeremy had been involved with money laundering and other criminal activities. Diane has informed Kyle that she helped to send Jeremy to prison. Kyle knows that Ashley has been working with Phyllis and Nikki Newman (Melody Thomas Scott) to find out about the connection with Diane and Jeremy. Kyle knows that Jeremy is a dangerous man who could hurt Diane. Kyle wants Ashley to stop conspiring with Phyllis and Nikki because they could bring Jeremy into their lives.

Summer knows that Kyle has wanted to have Diane in his life. Summer has been concerned about Diane but she wants to support Kyle. Summer knows that Phyllis does not trust Diane. Phyllis and Diane have a complicated and turbulent past. Phyllis and Diane have been rivals for the love of Jack Abbott (Peter Bergman). Phyllis has believed that she needed to protect Summer and Jack from Diane. Phyllis has made an impulsive decision. Phyllis contacted Jeremy and told him that Diane was in Genoa City.

Diane was waiting for Jack at the Abbott estate. Diane was blindsided when Jeremy appeared at the front door of the Abbott estate. Diane knew that her grandson Harrison Locke (Kellen Enriquez) was in the house and wanted to keep Jeremy away from Harrison. Summer is going to be upset to find out that Jeremy is in Genoa City and that he could be around Harrison. Summer will find out that Phyllis contacted Jeremy to get him to come to Genoa City to try to force Diane to leave town. Summer will want to put Phyllis on notice that she needs to stop trying to undermine Diane because Phyllis has put Harrison in danger.

The Young and the Restless Kyle and Summer are determined to protect their family. Kyle does not want to lose Diane. Kyle knows that Ashley has been worried that Diane is going to hurt him and Jack. Kyle does not want Ashley to continue to work with Tucker to take down Diane. Will Kyle convince Ashley to give up her efforts to go after Diane and stay away from Tucker?