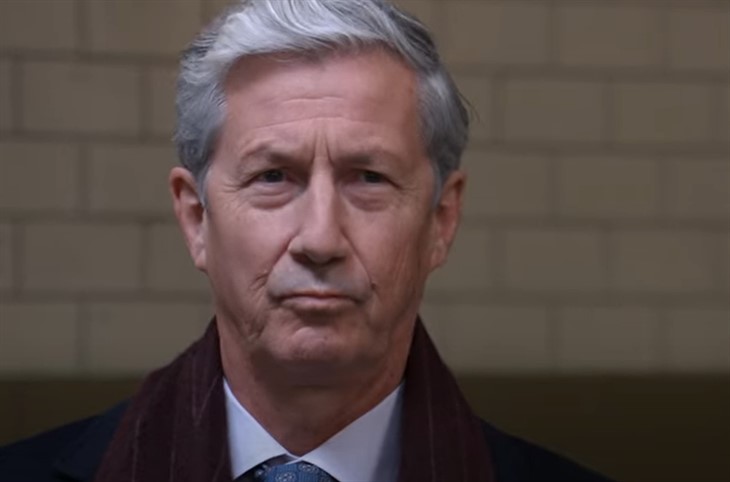 General Hospital spoilers reveal Victor Cassadine in big trouble as he has enemies coming at him from all sides.

Somehow Victor Cassadine (Charles Shaughnessy) has managed to involve himself with nearly every character on the GH canvas, causing trouble all around. He has had son Valentin Cassadine (James Patrick Stuart) under his thumb all year — first by keeping Charlotte Cassadine (Amelie McLain) in a boarding school and next by making sure Anna Devane (Finola Hughes) was set up for murder.

We also learned he was the one keeping Holly Sutton (Emma Samms) captive for two years so that she could do his dirty work. He also has Holly’s son, Ethan Lovett (Nathan Parsons), and that made Holly beholden to him. Now that Holly is presumed burned and managed to escape to find Ethan, it’s time for the rest of Port Charles to focus on bringing Victor down, something they never seem to succeed at doing.

Mac Scorpio (John J. York) starts by warning Valentin that Victor is in trouble and that Valentin better stay as far away from him as possible if he knows what’s good for him. But what are the actual plans?

When a villain is this nefarious and can’t stop causing trouble, it’s sometimes best for the soap to move the villain off the canvas for a bit and then bring him back when needed. Is that is what is going to happen to Victor?

After all, we know that Selina Wu (Lydia Look) has started poisoning Victor thanks to the vial that Holly gave her, but we haven’t seen the effects of it yet. Perhaps it is a slow poisoning that will send Victor into a coma. That would be one great legacy for Holly to leave that should hopefully leave Anna and Valentin free to be together. Maybe it will also bring Lucy Coe (Lynn Herring) home for Martin Grey (Michael E. Knight).

Either way, this looks like the beginning of the end for Victor’s latest run in Port Charles, but we definitely wouldn’t count him out. We still can’t even count Helena Cassadine out at this point and she has been allegedly dead for years. Stay tuned to General Hospital weekdays to see how this story plays out.