The Young And The Restless Spoilers: Jack Heavily Influenced – Diane Reeling Love In 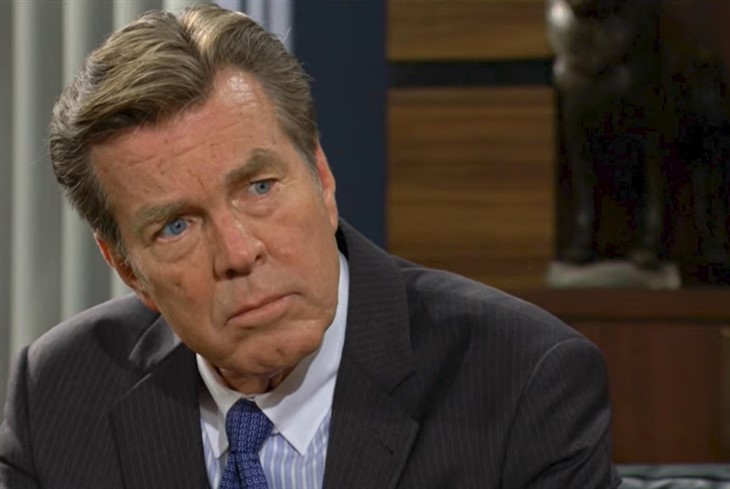 The Young and the Restless spoilers document that Jack Abbott (Peter Bergman) has swapped interest in Phyllis Summer (Michelle Stafford) for Diane Jenkins (Susan Walters) in the blink of a soapy eye. The man who pledged his undying love for Phyllis, saying she was the one woman he never got over, has become the object of scorn.

The Young And The Restless Spoilers – Allie Nguyen Used As Bait

If Jack were to watch a flashback sequence with audience members, he would see himself shocked by the reveal that Allie Nguyen (Kelsey Wang) was his granddaughter. Phyllis would be present in some of those scenes, appearing as the woman who stood as his defender.

Diane revealed in recent weeks that Tucker McCall (Trevor St. John) tipped her off to Allie’s connection with Jack. That intel was used to lure Jack to Los Angeles, California, where the family introduction happened.

Jack has reconciled what Diane did as part of her plan to reconnect with Kyle Abbott (Michael Mealor). And therein lies the rub, as Phyllis is not the mother of either of Jack’s children.

Phyllis was willing to give up her business love, The Grand Phoenix Hotel so she could protect Jack. She made a mistake when telling Diane that Bergman’s character was her territory.

There is no doubt that the risks Phyllis took sharply changed her personal life. She was with Nick Newman (Joshua Morrow) in the recent past. After he dumped her, Phyllis decided to give Jack another chance based on his pledge of devotion to her.

How has Jack changed his life when compared to Phyllis?

The Young And The Restless Spoilers – Diane Jenkins Keeps Winning

Who would have predicted that Diane’s return from the dead would yield such positive results in a short period?

While Walters’ character is cunning, she has overcome incredibly damaging lies while regaining the trust of her son and his father. Diane has also gained a foothold in the Abbott family because of the genuine bond she has with Harrison Locke (Kellen Enriquez), who needs a last name adjustment.

Telegraphing Diane as marrying Jack, versus Phyllis remarrying him, appears like a good bet. Daytime is about drama, and this is Y&R.