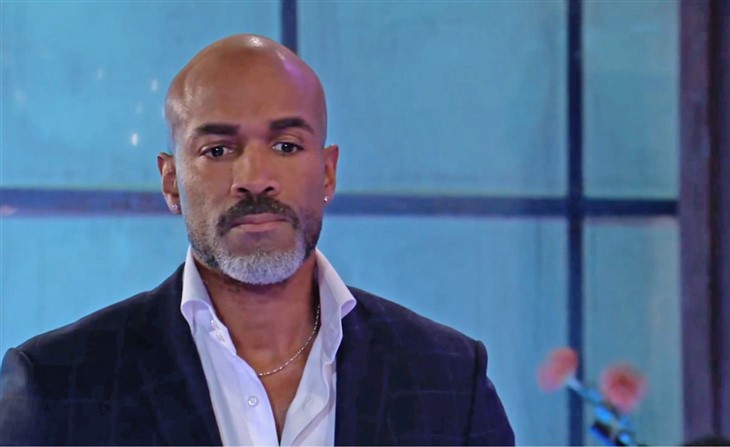 General Hospital spoilers reveals Portia Robinson (Brook Kerr) is planning to marry the man of her dreams, Curtis Ashford (Donnell Turner), in just a couple of months. The stress of wedding planning isn’t so bad with a guy like Curtis by her side, but she’ll certainly blame her nerves on that as Curtis starts wondering why her behavior is so off soon.

Is she getting cold feet? No, she’s worried Jordan Ashford (Tanisha Harper) is going to ruin everything by opening her big mouth to Curtis. As most would expect, it’s likely this self-fulfilling prophecy is going to come to fruition as the wedding date grows nearer. Portia is holding back for good reason. She knows Curtis. So does Jordan. He’s not just going to move past this.

General Hospital Spoilers — Curtis Ashford Knows How To Move On

When Curtis and Portia first got involved two decades ago, they seemed to have a pretty good time with one another. However, as soon as Curtis found out Portia was actually married to — to Marcus Taggert (Réal Andrews) — he cut ties with Portia and moved on. He wasn’t pining for her all these years. He had a full life in her absence, and likely never thought he would see her again, until she moved to Port Charles with her daughter.

Likewise, when Curtis discovered Jordan was keeping major secrets from him that only helped to erode their marriage, he just couldn’t get past it. Jordan was willing to do whatever she had to in order to make it right, but Curtis was done. Once again, he moved on, never expecting he would find himself back in Portia’s orbit.

As the happy couple’s nuptials draw near, everyone around them will be abuzz about the wedding. It might strike Curtis as strange that Portia and Jordan are at such odds the closer the wedding gets. Maybe Portia was right and Jordan really isn’t over him, but it’s so unlike her to be noticeably unhappy for him like she doesn’t approve of his choice. Furthermore, Portia will be stressed to the max and make him think she’s having second thoughts. That’s because she is — about whether or not she can rely on Jordan to keep this secret…forever! When the truth does come out, a simple DNA test is going to resolve the question at hand. Is Curtis Trina’s biological father? No. If only the rest of the mess was so simple to solve.

Curtis might not have a daughter he never knew about, but he will have a fiancé he never knew was lying to him for nearly twenty years. This lie is going to make what Jordan did seem petty and so small in comparison. There’s no way Curtis could ever marry someone who would withhold this kind of information from him, right? How could he possibly want to have children with Portia now when he can’t trust anything she says? He’ll never forgive her for this. Keep checking back with us for more GH news and spoilers as they become available.