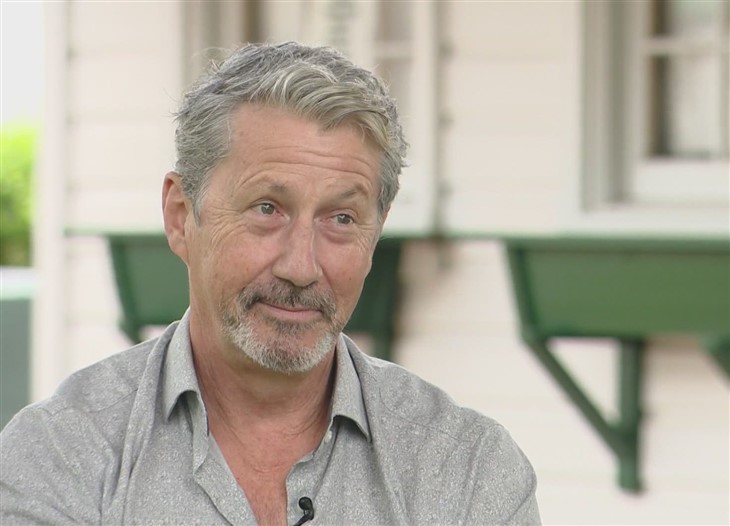 General Hospital spoilers reveal Victor Cassadine continuing to make more trouble for his own son than anyone else in Port Charles.

Just when Valentin Cassadine (James Patrick Stuart) had come to terms with not being an actual Cassadine but instead Helena Cassadine’s (Constance Towers) love child with a mystery man, he got sucked back into that toxic family when he learned that Victor Cassadine was his father, making him and Alexis Davis cousins rather than siblings.

Valentin had been branching out on his own, falling for Anna Devane (Finola Hughes( all over again, and establishing himself as quite the charming and manipulative businessman when Victor kidnapped him in Crete and informed him they were father and son.

So far, the relationship has been far from loving as all Victor wants is for Valentin to do his bidding, kidnapping him when necessary and even keeping Charlotte Cassadine away from her Papa in a boarding school in Europe to get Valentin to cooperate. That certainly does not sound like Father of the Year Material.

“It’s interesting, Valentin is obviously horrified that he’s Victor’s son and finds it very difficult to see him as a dad,” Charles Shaughnessy said in the December 12, 2022, issue of Soap Opera Digest. “Victor is anything but warm and fuzzy with him and has big expectations of him basically doing his bidding.

Oddly enough, Victor seems to have a better relationship with his nephews than with his sons. Or, at least he thinks he does as Spencer Cassadine (Nicholas Alexander Chavez) is not very happy with him now and Nikolas Cassadine (Marcus Coloma) is keeping that big Esme Prince (Avery Kristen Pohl) secret. However, Victor seems resigned to not having his son as an ally.

“Rather than making any real effort to bring Valentin over to his own side, he realizes that Valentin has had a long time developing himself and it’s just going to be too hard. He recognizes that the only reason Valentin would do anything Victor says is because he was being threatened. He wouldn’t do anything out of love or loyalty.”

Stay tuned to General Hospital weekdays to see if Victor ever gets Valentin to see him as anything but an enemy.