The Young And The Restless Spoilers Phyllis Warns Daniel To Stay Away From Sally– Is That A clue To A Sally-Lily-Daniel triangle? 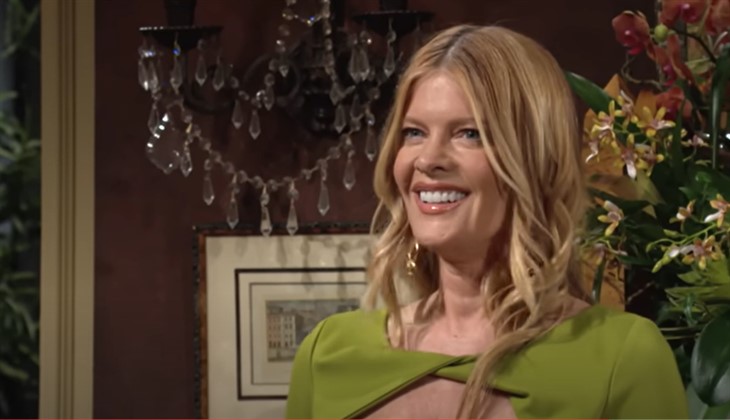 The Young and the Restless (Y&R) spoilers tease that Phyllis Summers (Michelle Stafford) issued a warning about Sally Spectra (Courtney Hope) to her son, Daniel Romalotti, Jr (Michael Graziadei). He noticed how beautiful Sally was, and Phyllis quickly told him Sally was off limits as she wasn’t nice.

Phyllis may try to stop Daniel from interacting with Sally, but if the Y&R writers want to pair them together, they will. Imagine the drama Sally and Daniel could cause with Lily Winters (Christel Khalil), Adam Newman (Mark Grossman), and Nick Newman (Joshua Morrow).

Lily and Billy Abbott (Jason Thompson) are near the end of their relationship. It was a great run, but Lily is getting sick of his behavior. Y&R spoilers reveal that Lily’s attitude toward Billy increased when he decided to become Chelsea Lawson’s (Melissa Claire Egan) savior.

It just so happened that when Lily started having doubts about Billy, her high school sweetheart, Daniel showed up in Genoa City. As an added bonus, he’s now singlish and ready to move back home. It’s a recipe for disaster for Lily and Billy.

Y&R spoilers reveal that by Christmas, Billy and Lily will be over. That’s just a few weeks away. The CBS Christmas pictures suggest that Lily will spend Christmas with Daniel.

Sally is knee-deep in a heated triangle with Adam and Nick. Suppose Daniel runs into her, and they strike up a conversation. He may feel a connection to her. She’s smart and beautiful, and his mother hates her. It’s a recipe for a forbidden love story, one that Daniel might gravitate toward.

If that happens, it will create chaos. Not only Lily but Adam and Nick would lose their minds. How would they compete with Daniel?

Let’s just hope the Y&R writers don’t pair Sally and Daniel up. Phyllis would stop at nothing to drive them apart. The good thing is it would take her focus off Diane Jenkins (Susan Walters) for a little while. The drama would initially be riveting, but Lily’s whining about Sally would get old quickly.