The Bold And The Beautiful: Jordyn Lynn Ariza Takes Over The Role Of Beth Spencer 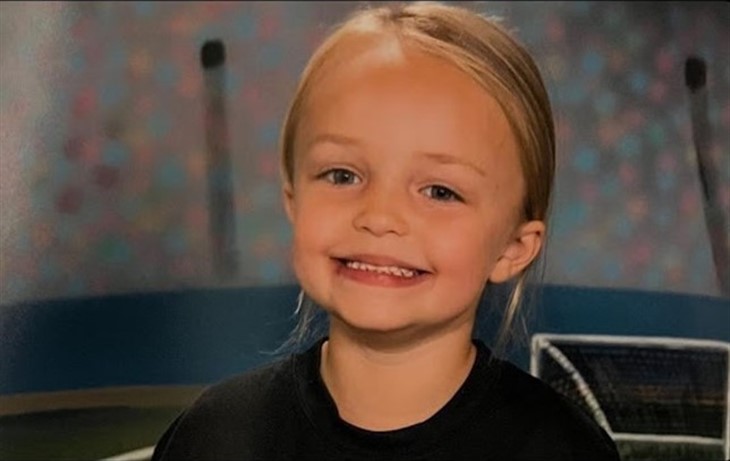 The Bold and the Beautiful spoilers and updates tease that Jordyn Lynn Ariza will be playing the new Beth Spencer. Fans will see an older Beth during the holiday season.

The character of Beth Spencer debuted in January 2019. Various infants and toddlers played the part but the most recent one who took over the part was River Davison. Beth is Liam Spencer’s (Scott Clifton) and Hope Spencer’s *Anika Noelle) daughter. The last time the character appeared on screen was in the episode that was aired on August 11.

The character has been mentioned in several instances on the soap. There were times when she was at the park, taking a nap, or having a sleepover. Fans will finally see her on December 21, when she would most likely be with her parents during the Christmas celebration.

The Bold And The Beautiful Spoilers: Thomas’ Consequences, A Bitter Pill To Swallow

The Bold And The Beautiful – Brooke Logan Breaks Pact With Taylor Hayes?

Fans may recall that Brooke Logan (Katherine Kelly Lang) and Taylor Hayes’ (Krista Allen) made a pact that they no longer need Ridge Forrester (Thorsten Kaye) in their lives. They’ve decided to stand up against him. But can Brooke keep her distance from Ridge?

During the Christmas festivities, Ridge may charm his way into Brooke’s heart, once again. Meanwhile, Brooke and Taylor become good friends as they bond over their dislike for Ridge. However, spoilers hint that Brooke may make a move that will put an end to her pact with Taylor. Will she and Ridge share a special moment that could lead to a steamy kiss?

Paris Buckingham’s (Diamond White) mom, Dr. Grace Buckingham (Cassandra Creech), will be around before the holidays. Grace is expected to appear on December 21 and December 22 episodes.

Grace returns to town to spend time with her daughter before the holidays but the timing is interesting since it’ll take place when Carter Walton (Lawrence Saint-Victor) executes his grand plan to make Katie Logan (Heather Tom) feel how special she is to him.

Grace may easily walk in on the pair as they share a romantic moment at Forrester Creations. She may advise Katie to stay away from Carter because of his tendency to easily move on from one woman to another. After what happened between Paris and Zoe Buckingham (Kiara Barnes), she’ll have a lot of reasons to be wary of Carter.