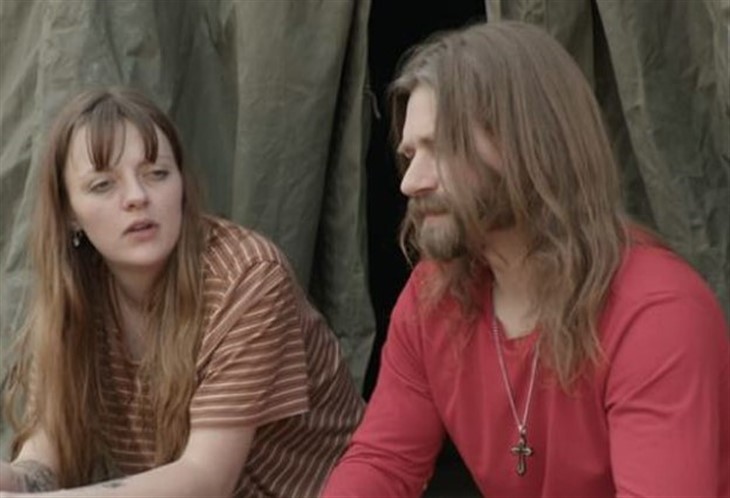 Alaskan Bush People (ABP) stars Bear Brown and Raiven Adams separated recently and she moved to Texas. Soon, she will give birth to her second baby, and she seems excited, despite her differences with her husband. Possibly, they haven’t split forever, because she just shouted out the Discovery star’s brand-new Cameo account.

It seems a bit strange that Raiven’s husband who she married this year, hadn’t gotten a Cameo account sooner. After all, he’s really popular with Discovery fans. Of course, a lot of fans are worried about the future of his marriage. In fact, they’d hate to see the boys growing up and only see their dad occasionally. Little River is particularly close to his father, and Bear seemed excited that their second baby boy soon arrives on planet Earth.

Alaskan Bush People fans don’t know for certain if Raiven and Bear have split forever. However, they have broken up in the past. This week, some clues arrived that they might not be contemplating divorce. In a Q&A, Raiven still talked as if they are married. So hopefully, when baby number two comes along, they will make up their differences. Of course, with Bear on Cameo now, he might be needing some extra cash if it comes to custody support.

On December 23, River’s dad took to his own Instagram and told his fans in a video that he really feels grateful for all their support. Then, he talked about how they could “hit” him up for messages and he’ll do them as soon as he can. Meanwhile, Raiven Brown also shared the clip and the link to his post.

Over on his new Cameo account, the  Alaskan Bush People star is starting out at fairly reasonable prices. For a message, folks need to fork out $3. Meanwhile, if you want a personalized video, you’ll need to find $35. Actually, that’s not bad considering what some other TV stars charge. Business vids will cost $105.

Alaskan Bush People fans took to Bear Brown’s post on Instagram and there they posted up their thoguths about Cameo. One of them wrote, “We requested one for my daddy ❤️.” Wow, that was fast!

Meanwhile, another fan, who made Raiven laugh in the replies, wondered about the man from the wilderness going tech. They said, “What happen to the innocents (sic) of these Good folks! Hollywood Takes All Souls an Some Don’t Even Know it.”

What are your thoughts about Bear going on Cameo? Will you order a message or video from him? Shout out in the comments below.