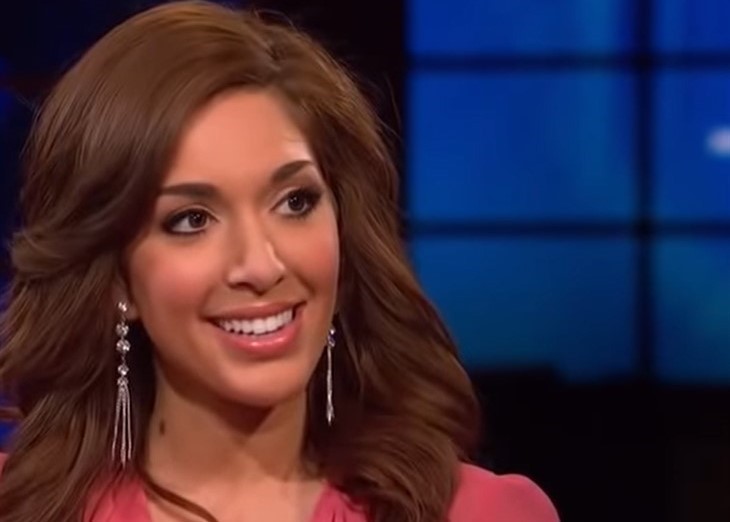 Teen Mom fans know that Sophia Abraham lost her dad, Derek Underwood before she was even born in 2009. However her mom, Farrah takes her to his grave each year, and recently, they were there with his family for the 14th anniversary of his passing. In February of 2023, she’ll turn 14 and the young teen is working to educate other teens about anxiety and other mental health issues.

When Farrar left the MTV show, she went off to make her money in the adult industry. These days, there’s actually nothing wrong with that. However, many critics felt that she tried to rush her daughter through her childhood. On occasion, even Farrah’s mother expresses concern for her granddaughter. When Debra Danielsen talked about her daughter reportedly selling her own “poop,” she felt disgusted. At the time she wondered about Farrah’s mental health.

Teen Mom fans heard in 2022, that Sophia started running a paid subscriber channel. Shocked because that’s the sort of thing that adults do, they lambasted Farrah. In the past, they slammed her because they fear that Sophia gets exposed to Farrah’s adult clients. Plus, she encouraged her to act older than she is. Actually, it’s very seldom that MTV fans see Sophia hanging with friends her own age.

While it’s probably a good thing to talk about mental health at a young age, some fans wonder if Farrah wrote the captions for her daughter. In fact, it seemed like a hard sell for “@amen_clinics.” The captions talked about working on “becoming anxiety free” and finding her “balance.”  Anyway, she’s apparently working with a doctor on her “#adhd inattentive type” from her “#spectscan” which “contributes to anxiety and depression disorders.”

Teen Mom alum, Farrah posed in the comments, saying, “Proud of you not being scared of anxiety or depression but learning more to empower yourself.” Next, either Farrah wrote Sophia’s comment, or Sophia is amazingly advanced at school. It said, “My school ran testing, diagnostics, etc but did not diagnose me properly to help me do my best and succeed in school.” It also encouraged other teens to “get proper attention and diagnosis.”

Peppered with hashtags like “#spectscan,” “#adacompliance,” and #adhdcoaching,” it also came over as an advert more than anything else. Mind you, MTV fans seem unsurprised that Sophia might need help with her mental health. One of them said, “I don’t mean to be rude but Farrah’s entire life is all about doctors and mental breakdowns. I hope this cycle will not repeat.”

While some Teen Mom critics thought it all seemed rather too promotional, others hope that Sophia gets the help she needs. One of them opined, “anxiety cause[d] by to (sic) much expectation, pressure, and controlling. I think you and your mom need to re evaluate your activities and try to heal emotionally. You deserve happiness.”

As so many young teens seem to suffer from anxiety and depression, most people seemed to like Sophia Abraham bringing attention to it.