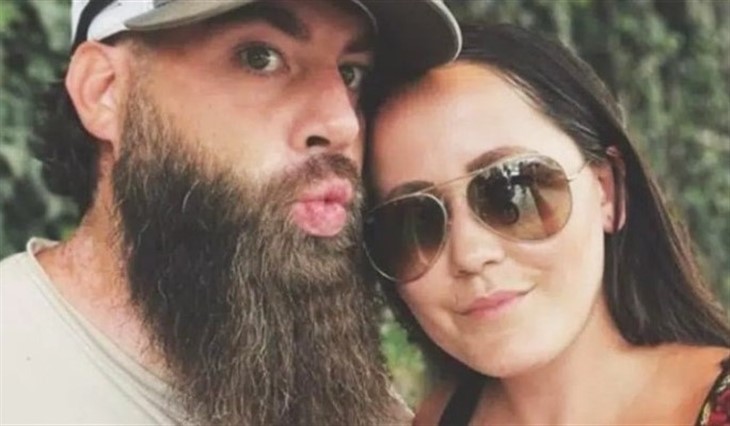 Teen Mom fans know that Jenelle Evans and David Eason had some hectic moments in life.  Remember in 2018 when she allegedly claimed he was smashing things up and she called the cops because he was trying to get inside?

Then, there was the time she allegedly called 911 claiming that David “pinned me down on the ground in the yard. I think I heard my collarbone crack. I can’t move my arm.”  Well, they got over it, and other incidents, and recently they fought again. But soon after that, they seem to be back on track and lovey-dovey as ever.

Whilst the 911 phone call about her collarbone was denied by her rep, there was no denying that David killed her doggie, Nugget. Recall, he claimed he killed it because it nipped at Ensley’s cheek. That saw the kids taken away and a court case finally saw them back with the couple. Somehow, they seem to survive every dramatic domestic dispute, just like they did this year.

When Teen Mom alum, Jenelle celebrated her birthday ahead of Christmas, there was a big drama on social media. Certainly, it seemed that he ghosted her at the last minute. So, she said that her birthday ended up being “ruined.” That played out for a bit before he belatedly posted up a sweet birthday message for her.  Paradoxically, a video of the miserable-looking kids singing happy birthday showed her shooting eye-daggers at him.

Teen Mom Spoilers – Alums Get All Cozy At New Year

Things certainly change fast with this couple. On New Year’s Eve, Jenelle took to her Instagram and shared a photo of herself. In it, she gave David a passionate kiss. In her caption, she said, “#HappyNewYears ✨🥂.” If you think that they have no local fans, then you’d be mistaken. Actually, many people liked the photo and they sent in their love.

One Teen Mom fan wrote, “You guys look so good!!!❤️❤️” Then another one commented, “I love you guys! Conquer & overcome always! There’s no better love …❤️ && You and I would be besties I swear it. I usually come down your way once a year. We should meet up.” Many similar sentiments were expressed.

Maybe TV fans who don’t like the Teen Mom couple took the night off of social media. Not many turned up in the comments. However, one person wrote, “Hopefully he doesn’t have too many and break your collarbone.”

Another snarker said, “Let’s see if the narcissist ruins your New Year’s.”