Is Sukanya Krishnan Playing A Dangerous Game With Sister Wives? 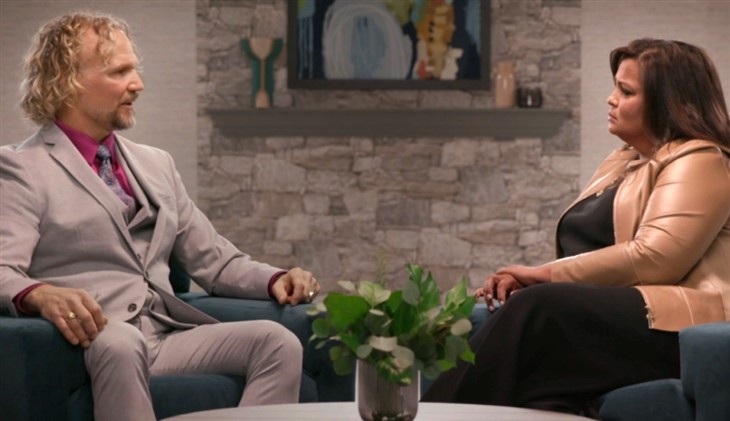 Sister Wives Season 17 Tell-All plays out in four parts until the end of January and a lot of TLC fans are unhappy with Sukanya Krishnan. The host is worrying fans because they think that she twists words that could engender Meri, Janelle, and Christine Brown. Actually, given that Kody seems way out there with rage, perhaps it’s not a far-fetched thought that Sukany could cause problems. At least, that’s what some fans are suggesting on Reddit.

In the past, TLC fans complained because the Tell-Host didn’t ask enough hard questions. But in the Tell-All for Season 17, she did push a question a bit harder with Kody. One instance saw her putting the squeeze on him for not declaring that Robyn is his favorite. In fact, fans saw Kody act extremely aggressively season. And it wasn’t all directed at Christine who walked out of his life. He also directed it at Janelle who separated from him as well.

Sister Wives fans thought that Meri, who got booted out by Kody, looked traumatized by her spiritual husband when he yelled at Janelle. Presumably, Sukanya prepped for the Tell-All by actually watching the show. So surely, she saw the same things that fans did. Across social media, fans think that Kody Brown seems to be in need of mental health assistance. Perhaps she got a taste of that herself when he leaned toward her face and literally growled at her. And yet she seems to make the situation worse. So, fans discussed that on Reddit.

On January 2, Redditor u/poddywoddywoodle kickstarted the conversation by talking about the scene where Robyn claimed that Kody told her about Christine being at fault for the failed reconciliation between Meri and Kody Brown. Although Robyn admitted Kody told her, Sukanya twisted it by suggesting that Robyn “caught the tail end of the conversation.” As the poster felt that Sukanya told an “outright lie,” they felt she should be “called out.” Furthermore, they felt that Sukanya simply “feeds into Robyn and Kody’s gaslighting.”

In the comment, Sister Wives viewer, u/SeeMrLeaf said, “It’s honestly scary that Suki doesn’t seem to comprehend that she could actually be putting these women in real danger by making a lie/ hearsay into a fact.” Next, they talked about the apparently “emotionally unstable” persona that fans saw from Kody this season. Highlighting the way Sukanya handled it, they noted, “Suki gets hearsay…then takes this to Meri, stating as if it’s a fact.”

Not everyone agrees that Kody would get into such a rage that he engenders the wives. One person, who previously worked in PR spoke up. U/SnooChickens2457 opined, “there’s a script. “Call outs” are not in the script. These are not flowing interactions. If she starts to dig too deep into comments or go too far off the script, the production team will stop the interview and set it back up. That’s how all “tell all” shows go.”

Sister Wives Spoilers – Why Season 17 One on One Part 2 Won’t Drop Until 2023 https://t.co/QAeZkeVJfd #SisterWives #KodyBrown pic.twitter.com/aIADiWmDWN

If the Tell-All is scripted, which was noted by the same person in a previous comment, then probably  the “talking points were vetted by all of the members of the family.”

Possibly, it’s all just drama for the ratings, and there’s really little to no threat from Kody doing anything drastically dangerous to his former spiritual wives. What are your thoughts? Let us know in the comments below.