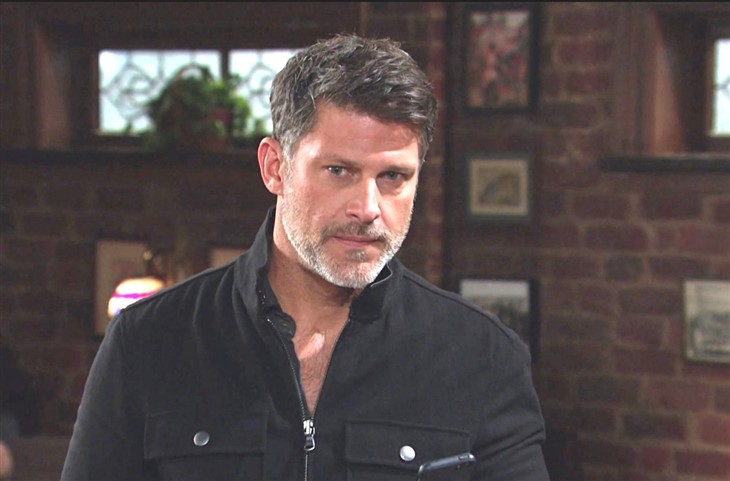 Days of our Lives (DOOL) spoilers and updates tease Sloan Peterson (Jessica Serfaty) is in a difficult position. Sloan had wanted to help Eric Brady (Greg Vaughan). Sloan had believed that Eric wanted her to babysit Rachel Black (Finley Rose Slater). Sloan did not know that Eric had kidnapped Rachel. Sloan is worried that she is going to get into trouble because she helped Eric.

Sloan has found out that Eric has wanted to help Brady Black (Eric Martsolf). Eric found out that Kristen DiMera (Stacy Haiduk) was blackmailing Brady. Eric knew that Brady had been having trouble with Kristen. Brady has been trying to find a way to outmaneuver Kristen because he wants to help Dr. Marlena Evans (Deidre Hall), Dr. Kayla Johnson (Mary Beth Evans), and Kate Roberts (Lauren Koslow). Brady knew that Orpheus AKA Milo Harp (George DelHoyo) had infected Marlena, Kayla, and Kate with a deadly toxin. Brady found out that Kristen had an orchid that would provide the antidote for the toxin.

Sloan had believed that Eric needed her help to take care of Rachel. Sloan found out that Eric has conspired with Brady to get Kristen to give him the orchid. Sloan can understand that Eric wants to be able to help Brady because Marlena is his mother. Sloan does not want Eric to lose Marlena because she lost her mother. Sloan knows that Kristen can be a dangerous woman. Sloan does not want Kristen to come after her for helping Eric and Brady. Sloan is concerned that Kristen could want to take legal action against her. Eric has assured Sloan that she will not get into trouble for helping him.

Days of our Lives Eric believes that he will be able to help Brady to deal with Kristen. Eric and Brady may find that their plan does not go in the way that they wanted it to go. Will Eric and Brady need to come up with a different way to deal with Kristen? Eric will want to help Sloan to stay out of trouble. Can Eric find a way to keep Sloan from having a problem with Kristen or the law? Sloan may find that she will have trouble taking care of Rachel. Will Sloan find that Rachel is going to be a problem? Eric and Sloan may find that Rachel could get into real danger. Will Eric and Sloan be able to protect Rachel from harm? Be sure to catch up on everything happening with DOOL right now. Come back here often for Days of Our Lives spoilers, news, and updates.