Days Of Our Lives Spoilers: Dark Eric Gets Even Darker, Holds A Gun On Kristen? 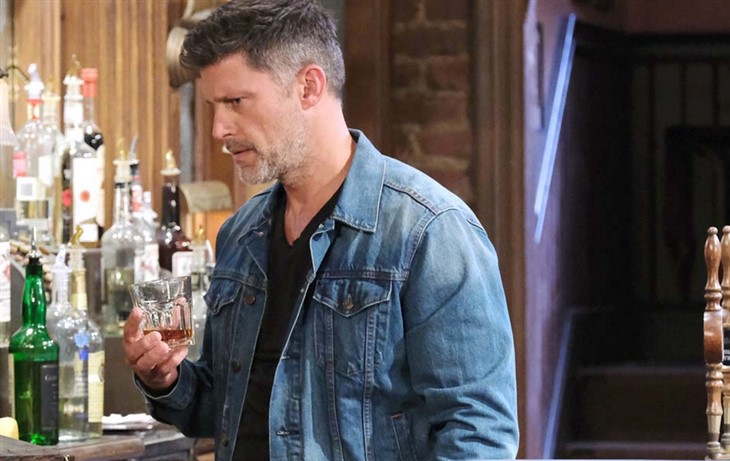 Days of Our Lives spoilers and updates tease that dark Eric Brady (Greg Vaughan) will get even darker, and hold a gun on Kristen DiMera (Stacy Haiduk). Eric is desperate to get Kristen out of his family’s lives, especially now that Kate Roberts (Lauren Koslow) has died – he thinks Kristen’s to blame.

Kristen had said that Kate, Kayla Johnson (Mary Beth Evans) and Marlena Evans (Deidre Hall) would need booster shots but Eric didn’t believe her, he thought it was empty threats. He concocted an elaborate scheme to force her to break up with Brady Black (Eric Martsolf) and give Rachel Black (Finlay Rose Slater) back to Brady by “kidnapping” her. Part of that blackmail was also that Kristen had to produce the orchid that the antidote came from, however, and when it came down to that she couldn’t.

Days Of Our Lives Spoilers: Will Ava Vitali Ever Come Back To Salem?

Kristen claimed the orchid was missing, apparently stolen although Eric did know that the original orchid was real and the antidote was made from it. He just wasn’t sure the need for boosters were but now he’s got a gun to her head because he thinks Kristen hid it, wanting to keep her leverage.

DOOL Spoilers – Time To Get Rough

Now, with Kayla dying and Marlena beginning to get weaker, Eric thinks it’s time to get rough with Kristen, and he’s certain she’s got the orchid hidden away somewhere. But Kristen cries and cajoles, so unlike the Kristen Eric has ever known –is this a sympathy ploy, she’ll get no sympathy from him! In the meantime, Brady is busy telling Chloe Lane (Nadia Bjorlin) what happened now that she knows Stefan DiMera (Brandon Barash) was brainwashed. Kristen still doesn’t have Rachel back and Eric and Brady won’t give her back, and Eric means business with that gun and Kristen hears him cock it. Kristen gets her things and with a gun to her head, leaves to go to the DiMera mansion –she’s known Eric for a long time and he’s never been like this.

Days Of Our Lives Spoilers – Desperate On The Way To Depraved

It seems that Eric has realized being Mr. Nice Guy isn’t getting him anywhere in life, and “Father Eric” is a thing of the distant past. It’s like Dark Eric is desperate and he’s on his way to being depraved, but he knows now that Kristen was telling the truth about the boosters. Deep inside he blames himself if his mother dies, and his father’s bride died, and his Aunt Kayla dies-he should have not taken the chance.

As far as the missing orchid goes, he still doesn’t know if Kristen’s hidden it somewhere else or if she’s telling the truth about it being stolen. But what good will it do even if she does bring the orchid back, it won’t bring Kate back and for Kayla and Marlena it may be too late.