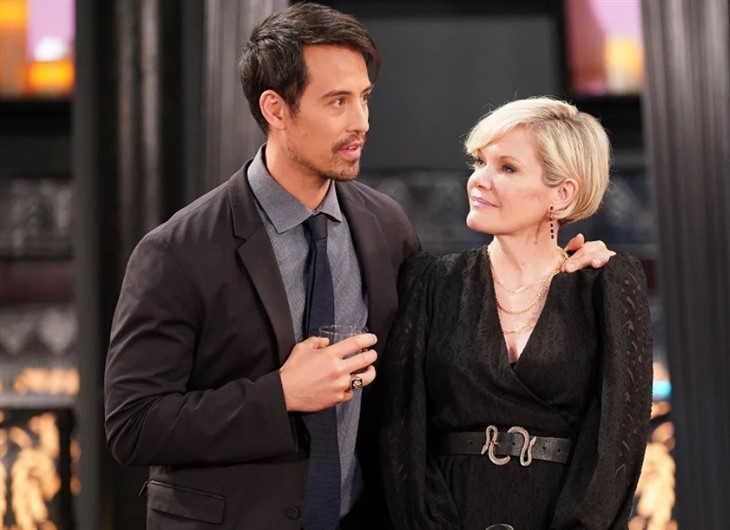 General Hospital spoilers, news, and updates tease that the soap writers dropped some hints on what’s to come for the Cassadines. Chris Van Etten and Dan O’Connor hinted at some major issues for the family this year.

The scribes of the show teased that Nikolas Cassadine (Marcus Coloma) and Ava (Maura West) may end up going their separate ways. The fate of their relationship is tied to Esme Prince’s (Avery Pohl) pregnancy.

“Nikolas and Elizabeth [Rebecca Herbst] are in big, deep trouble when Esme makes a desperate bid for freedom. Ava and Nikolas’s love receives what may be a final death blow,” General Hospital scribes said.

Meanwhile, Victor Cassadine (Charles Shaughnessy) has no plans of yielding anytime. He’ll continue planning and carrying out his plots.

“Laura [Genie Francis] has her hands full with a lot of family drama going on at the beginning of the year. But never far from her mind is the fact that she and Robert [Tristan Rogers] are in possession of the Ice Princess, and maybe this is close to cracking the code that could bring an end to Victor and his plans for Port Charles. Within the first quarter of the year, Victor’s dastardly plans will come into focus and all of Port Charles will have to unite to take him down,” the writers teased.

Van Etten and O’Connor also teased that on its upcoming 60th anniversary, viewers can expect a captivating storyline taking them through the past, present, and future of the soap.

After receiving difficult news about Britt Westbourne’s (Kelly Thiebaud) death, Josslyn Jacks (Eden McCoy) will take the blame for causing Cameron Webber’s (William Lipton) great pain. However, Carly Spencer is determined to assure Joss that none of this was in any way due to their actions. Unfortunately, nothing can ease the guilt she feels because she believes Britt’s death was her fault.

Spencer Cassadine (Nicholas Chavez) will also learn about the breakup and he’ll wonder if Dex Heller (Evan Hofer) had anything to do with it. Cam may eventually realize that Josslyn fell for Dex while she was falling out of love with him. Dex will make sure that he’s available to talk to Josslyn or Michael Corinthos (Chad Duell).