Days Of Our Lives Spoilers: Lucas Lets Loose On Orpheus 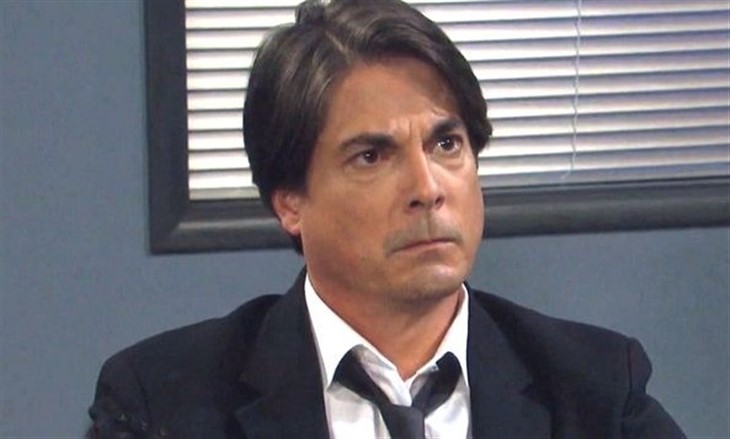 Days of Our Lives spoilers reveal Lucas learning about his mother and going ballistic in only a way Lucas can do.

Lucas Horton (Bryan R. Dattilo) has never been one to hide his emotions, and being behind bars likely makes Lucas more emotional than ever. After all, he is there thanks to his own stupid idea to kidnap Sami Brady (Alison Sweeney), keep her held hostage in a remote cabin for months on end, and then fame EJ DiMera (Daniel Feuerriegel) for the crime just so he could look like Sami’s hero.

He almost pulled it off, too, as Sami was ready to remarry him when the truth came out at the altar. Lucas was carted off to Statesville and that is when John Black (Drake Hogestyn) catches up with him to tell him what has been going on with Kate.

She has relapsed and may be dying, all thanks to Orpheus and that darn virus he unleashed due to his decades-long revenge plan against both Roman Brady (Josh Taylor) and John. Never mind the fact that it was Roman’s fault that Orpheus’ wife died and not John’s, as John only thought he was Roman when Orpheus kidnapped Marlena Evans (Deidre Hall) the first time.

Before Lucas even has a chance to confront Orpheus, Roman updates him on the fact that Kate died.

“Lucas loves his mom so he goes through a lot of emotional stuff,” Bryan R. Dattilo said in the January 16, 2023, issue of Soap Opera Digest. “He’s highly affected by this, not only being in prison and not able to do anything about it but also because the guy responsible for it is there with him.”

However, Orpheus is not going to take Lucas’ anger lying down and has a plan. He offers the recovering alcoholic some booze he managed to get despite being in prison and the enticement of alcohol is something Lucas finds hard to resist, but can he do it?

Lucas has an internal struggle over what he should do, but he may feel like he has nothing left to lose as this may be one of the lowest points in his tortured life. Steam new episodes of Days of Our Lives weekdays on Peacock starting at 6 AM EST.