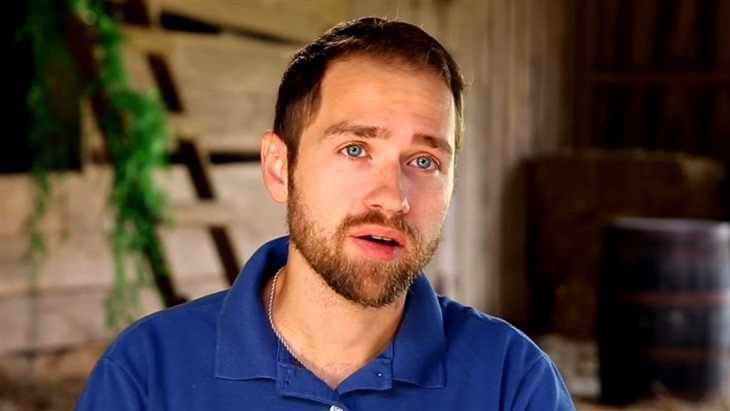 90 Day Fiance fans followed the Paul and Karine Staehle saga for many years. And finally, what TLC fans predicted would happen did. CPS took the kids, Ethan and Pierre away from them. It came after he accused her of assaulting him. Recall, he set up a surveillance camera in his home and she seems to be very aggressive in front of the kids. shortly after that, they started fighting for custody. Or at least, Karine is. Paul is in Brazil experimenting with same-sex encounters and hanging with a young woman.

It’s never easy to know the exact truth with Paul. Remember, when a wanted person poster went out for Paul who had taken Pierre? He acted surprised when an influencer shared the news with him. However, he actually did have Pierre. Apparently, the kid should have been handed over to CPS. Anyway, another suggestion is that Karine was not allowed to spend time with the kids, but Paul, who had custody allowed her to. Then the news came that because of that, CPS didn’t trust his parents with the kids either.  The long and the short of the mix of tales is that they fight to get their kids back.

View Story
90 Day Fiance fans saw that Paul had a big downer on CPS. In fact, he claimed the judge and the child protection people were “corrupt.” When he spoke about it, he felt angry because according to him, he and his wife were not allowed to speak in their defense. However, it soon seemed like he gave up as he went to Brazil and left Karine to fight alone. On a side note, that’s when Josh Seiter briefly slid into life briefly. Anyway, it seems that Paul can possibly speak up now, as he attends court remotely. Probably his parents will also be there.

This week, Paul took to his Instagram Stories and shared a card about the court case. On it, he wrote, “Tomorrow is court to determine the future of my children.” Then he told his followers, “I will attend virtually with Karine.” Next, he said that they “pray for the best.” 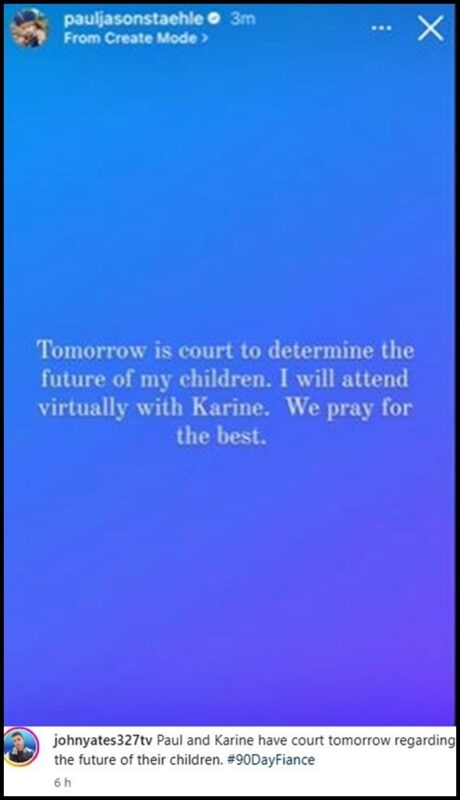 90 Day Fiance blogger, John Yates screenshot the post and shared it on his own Instagram. He wrote, “Paul and Karine have court tomorrow regarding the future of their children.” Naturally, TLC fans who know the couple commented about the news. One of them wrote, “I’m sorry but those kids deserve a stable home with people who have their lives together, their bio parents aren’t it.”

90 Day Fiance fans mostly think that things might not go well for the couple. Actually, for years, many of them hoped that CPS would step in.

One follower opined, “I feel for Karine as a mother. However, she never showed the capacity to be able to care for the boys on her own intellectually. I hope I am wrong because Paul does not deserve those children either. I have never in my life been one to say that the biological mother does not exhibit the maternal love and need to keep her children close to her and safe. I can not say with certainty that she is what is best for her boys. It’s so so sad 💔🥺.”

What are your thoughts? Let us know in the comments below.