Days Of Our Lives Spoilers: Bonnie Advises Sarah To Work Things Out With Xander 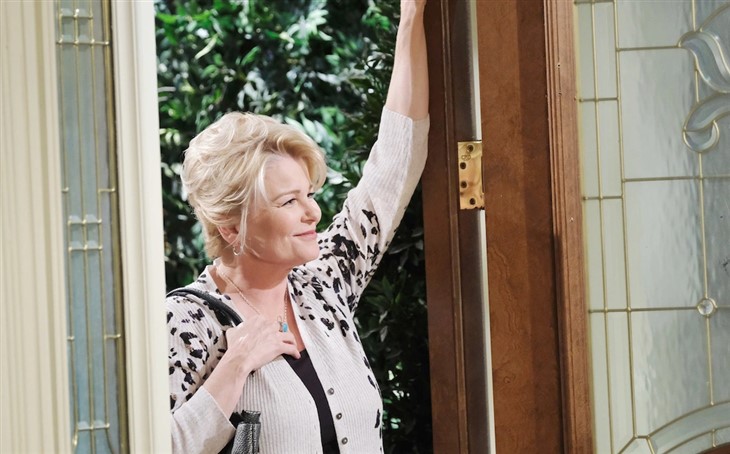 Days of Our Lives spoilers suggest that Sarah Horton (Linsey Godfrey) will be shocked by Bonnie Kiriakis’ (Judi Evans) advice about Xander Cook (Paul Telfer). After scaring the daylights out of Bonnie and giving her PTSD, one would think Bonnie would want Xander to lose everything and maybe even go to prison. However, that may not be the case, what will Bonnie’s advice be?

Days Of Our Lives spoilers reveal that although Bonnie was Xander’s victim, she does understand his plight. Xander had no money and no prospects for a job. Victor Kiriakis (John Aniston) was harassing him for being unemployed although he had knocked Xander out of a job at Titan Industries time and again. Xander had bent over backward to be in good favor with Victor to no avail.

Victor used Xander and then discarded him. Victor should have been eternally grateful to Xander for saving Maggie Kiriakis’ (Susanne Rogers) life and making sure he had job security but he didn’t. However, Victor pushed Xander to help him steal a baby and blackmail the doctor to allow them to switch babies so that Brady Black (Eric Martsolf) thought his daughter died.

When Bonnie got out of prison she had no idea that Justin Kiriakis (Wally Kurth) would fall in love with her. Justin almost didn’t marry Bonnie because of an issue with her former sister-in-law. After all, Bonnie accidentally shot the woman and covered it up. However, Justin eventually forgave Bonnie and they could not be happier.

Bonnie knows that Sarah loves Xander and that he loves her as well. Perhaps all Xander really needs is some understanding. Xander cannot exactly come up with a job right away and Sarah can’t make the hospital give her more hours. But after seeing what has happened to Kate Brady (Lauren Koslow) and Kayla Johnson (Mary Beth Evans) doesn’t Sarah owe Xander and herself another chance?

Bonnie saw what Xander went through when Sarah was missing and she knows that Xander would do anything for Sarah. Sarah may have lost trust in Xander because of this lie but he did turn both Bonnie and Susan Banks (Stacy Haiduk) loose. Xander wasn’t mean to them and treated them both with respect while he held them hostage.

Susan’s death wasn’t Xander’s fault. Xander tried to make things right but Susan ran to her son instead of going to the police. Xander may have kidnapped them but he did the right thing in the end. Can Bonnie convince Sarah to give Xander another chance before it is too late for them to work things out? Does Sarah think Xander deserves another chance this time?