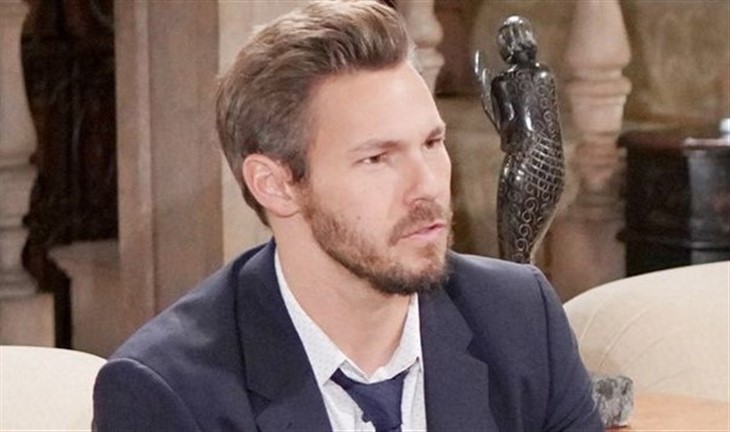 The Bold And The Beautiful spoilers indicate that Liam Spencer (Scott Clifton) will be furious when he realizes what his father has been up to. Bill Spencer (Don Diamont) is putting Liam’s daughter in grave danger and will not take that lying down. However, that will not stop Bill from dismissing Liam and Wyatt Spencer (Darin Brooks) for Sheila Carter (Kimberlin Brown).

The Bold And The Beautiful Spoilers – Liam Spencer Is Beyond Livid

The Bold and The Beautiful spoilers reveal that Liam will have no idea what is going on until Steffy Forrester (Jacquelin MacInnes Wood) tells him about Bill’s alliance with Sheila. Steffy will make it plain that Bill is running roughshod over all of them to get what he wants. Can Liam get through to his father? Will Bill alienate his sons as well?

Liam hates Sheila and believed that his father did too. Unfortunately, Liam is about to learn that not only is his father friends with Sheila, but he is also sleeping with her too. Liam may feel that he cannot reach his father and cut ties with him until he comes to his senses. Of course, chances are that Sheila will screw up long before Bill admits that he is wrong.

The Bold And The Beautiful Spoilers: Katie Pleads With Bill To Abandon Sheila, How Far Will She Go?

Taylor is determined to make Bill listen to reason even if she has to turn herself in. However, Bill isn’t going to allow Taylor or anyone else to come between him and Sheila. Bill will bring Li Finnegan (Naomi Matsuda) into the mix as well. Will Taylor back off to save Finn’s mom from going to prison as well? Taylor and Li must band together to save their grandson from Sheila but how far will they go?

Taylor will come face-to-face with Sheila and the two of them will go at it. Taylor wants Sheila nowhere near her family and will make that clear. Taylor hates Sheila and will wish that she had never saved her from jumping off that hospital roof. Taylor and Sheila will get hostile and possibly even fight before it is all said and done. However, Taylor still won’t get what she wants.

The Bold And The Beautiful Spoilers –  Katie Logan Tries To Help

Katie Logan (Heather Tom) will realize what Bill is doing and will confront him as well. Of course, Bill will likely remind Katie that she wanted nothing to do with him. Katie will plead with Bill to come to his senses before someone gets hurt. Bill knows how dangerous Sheila is. Bill will promise that Sheila will behave herself but can he really control the villain?

Brook Logan (Katherine Kelly Lang) may try to talk to Bill as well since Sheila has already shot her once. Can anyone get through to Bill?