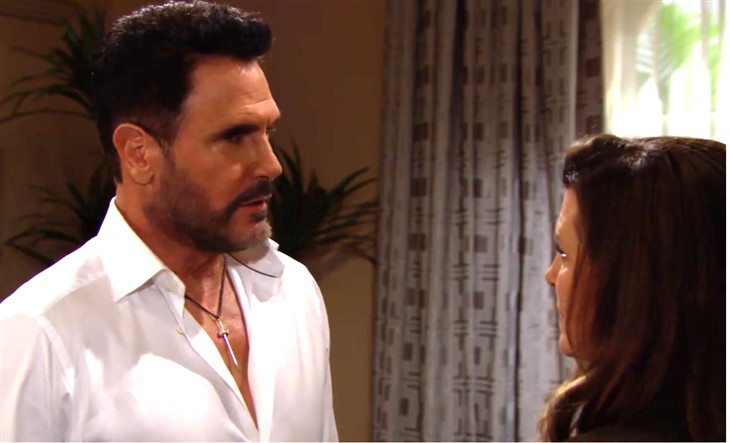 The Bold and The Beautiful spoilers and updates tease that two tortured souls unite as Bill Spencer (Don Diamont) and Sheila Carter (Kimberlin Brown) hit the sheets. For Bill’s part, he’s tired of the shoulds and shouldn’ts and dos and don’ts from pretty much every woman who’s ever been in his life, and Sheila doesn’t do that.

The Bold And The Beautiful Spoilers –  Finally Someone Who Understands

For Bill, hooking up with Sheila is like finally there is someone who understands and accepts him the way he is, and loves him unconditionally, which is something he needs now. Sheila claims the same of Bill – this is someone who understands her deeply and still loves her, even though this relationship and romance has happened very suddenly. Of course not everyone – make that no one – understands what’s going on and certainly are not in favor of the relationship, especially Bill’s family and friends.

All they know is that they have bonded very quickly and they have a form of respect for each other. They don’t tell each other what to do or what to think or who to see or not.

B & B Spoilers – Bill Spencer Is Emotionally Vulnerable

For Bill’s part, he is emotionally vulnerable and not really himself-anyone can tell that, it’s almost like he’s a shell of his former self. That, of course makes him very compliant and bendable for Sheila, who claims she’s not using him but it seems like she is. Bill sees love and punishment as one in the same and thinks maybe he deserves both of them, beating himself up inside for hurting every woman who’s ever loved him. But Sheila perhaps seems like someone who he cannot hurt-although he is constantly reminded by all in his former circle how badly she can hurt him. His family and friends worry that he is not well, perhaps that he has lost his mind, literally.

In the meantime, Bill and Sheila become closer and become actual lovers, and even Katie Logan (Heather Tom) can’t get through to her ex-husband. Wyatt and Liam Spencer (Darin Brooks, Scott Clifton) are beside themselves when they realize their father could very well become “Mr. Sheila Carter”! Bill has tried living his life for others, including his family, in the past, and it has never served him well; for once in his life he’s doing something for himself.

Bill makes it crystal clear to those in his circle, most of whom are abandoning him now, that he and Sheila are together and there is nothing they can do to stop it. If they can’t get with the program and accept it, then they can leave and he won’t let them get closer than arm’s length to him.