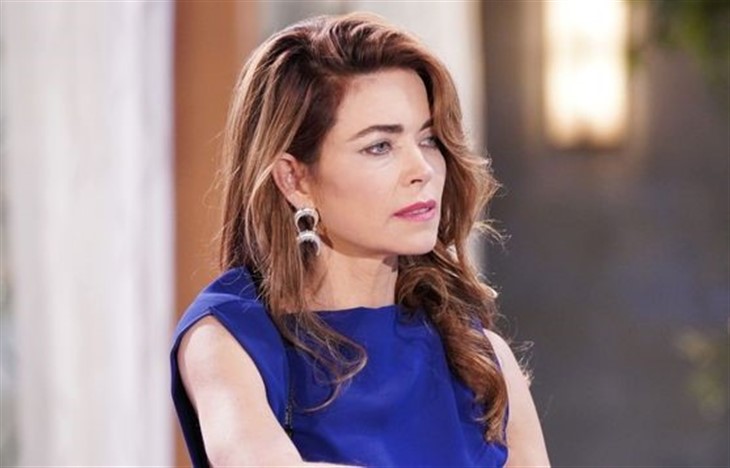 The Young and the Restless (Y&R) spoilers and updates tease Victoria Newman (Amelia Heinle) has made a significant decision about her family. Victoria has been concerned about her son Johnny Abbott (Paxton Mishkind). Victoria had told Johnny about his biological mother Chelsea Lawson (Melissa Claire Egan). Victoria had her doubts about telling Johnny about Chelsea but she has started to believe that she has made the right choice about telling Johnny the truth.

Billy had convinced Victoria that Johnny could handle being told the truth. Victoria and Billy decided that Johnny should be able to make the choice to get to know Chelsea. Victoria and Billy told Johnny that Chelsea was his biological mother. Johnny had been shocked to find out that Chelsea was his biological mother and did not want to be around her. Victoria told Chelsea that she would need to stay away from Johnny.

The Young And The Restless Spoilers: Billy Overwhelmed By Drama – Chelsea Bond Accelerates?

Victoria did not know that Chelsea was struggling to keep her life together. Chelsea had been upset that Johnny had rejected her. Chelsea was having trouble with her son Connor Newman (Judah Mackey) because she had told him that Johnny was her son. Chelsea thought that she would end her life but Billy was able to save her.

Billy has been determined to help Chelsea to get the help that she needs to heal. Billy has been getting closer to Chelsea because he had been having trouble with his relationship with Lily Winters (Christel Khalil). Billy has started to feel that he wants to spend time with Chelsea. Billy and Victoria have been surprised that Johnny has decided that he wants to get closer to Chelsea. Johnny has started to get close to Connor.