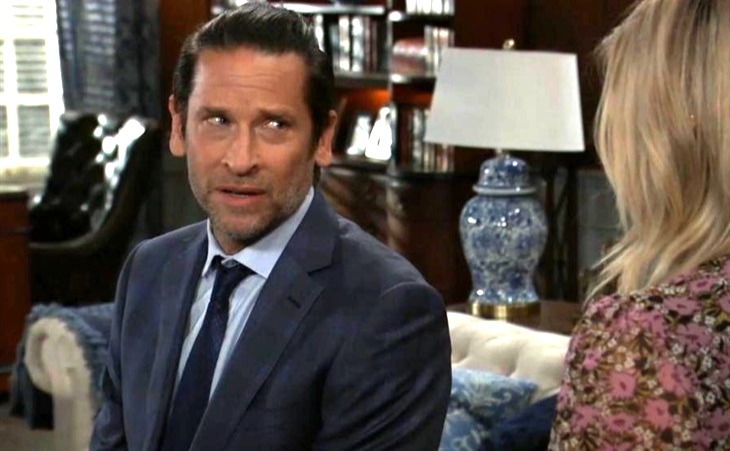 General Hospital spoilers and updates tease that Dr. Austin Gatlin-Holt (Roger Howarth) and Liesl Obrecht (Kathleen Gati) will be together when they hear big news. In fact, Dr. Terry Randolph, (Cassandra James) after finding out Willow Tait’s (Katelyn MacMullen) birth mother is Nina Reeves (Cynthia Watros) she may tell Liesl she has a grandniece in need!

Of course, it’s not as simple as losing a daughter to gain a grandniece, but Liesl will rush to be tested when she finds out Nina’s remaining daughter needs bone marrow. This will be big news to Liesl as well as it being very fresh to Nina, who didn’t believe Carly Spencer (Laura Wright) at first. Liesl wants to donate if she can, just in case Nina’s not a match-she may not have been able to save her own daughter so she’ll want to save Nina’s.

Liesl wanted to find a cure to save her daughter Britta Westbourne’s (Kelly Thiebaud) life from Huntington’s Disease but The Hook got her first. Britt died having no idea her patient, Willow, was also her cousin’s daughter; she and Terry were both treating Willow.

Willow is expecting a baby who will need to be delivered by caesarian section before she undergoes the bone marrow transplant, and she’s around eight months along now. Nina has rushed to be tested even though Willow doesn’t accept her as her birth mother, but that’s okay, the important thing being to save her life. Austin, as a doctor and close to the situation even though he was never accepted by the Quartermaines, will be tested too, because sometimes even close family members aren’t donor matches. As a doctor, he’s all about saving lives and he wants to help his extended family, like Nina, whether they like it or not. If he’s not a match, he’ll do everything he can to help in the process and he goes with Liesl to help however he can.

Austin and Liesl both take time encouraging Nina even though Willow wants no part of her or her bone marrow. Even Michael Corinthos (Chad Duell) has a hard time with that kind of stubbornness, knowing Willow’s refusal may cost her her life. Hopefully, there will be options and Liesl or someone outside the family will also be a match, and Nina is glad that Liesl and others are being tested as well.

Hopefully, there will be an answer and Willow won’t balk at having the caesarian section to deliver her girl so she can get the transplant. It was Willow’s insistence at waiting and delaying treatment that has put her in this deadly situation, although Nina and Liesl understand it.