General Hospital Spoilers: Dex Is Caught In The Middle Of Joss And Michael’s War Over Their Mother 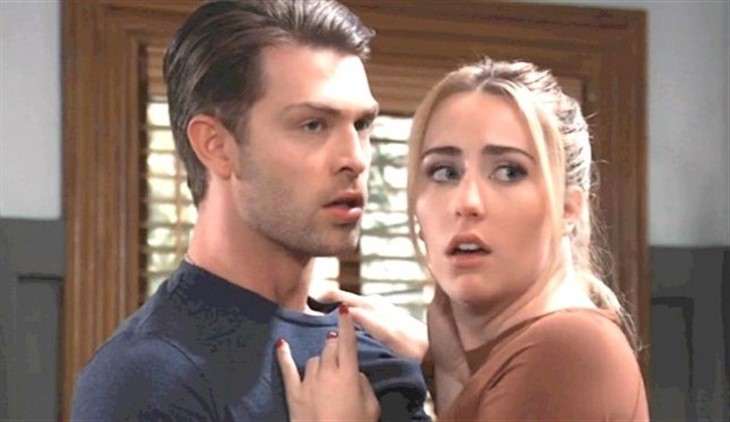 General Hospital Spoilers tease Dex Heller (Evan Hofer) is soon going to find himself in a rather uncomfortable position as he tries to appease both sides of the fence he’s stuck straddling. His newfound relationship with Josslyn ‘Joss’ Jacks (Eden McCoy) was certain to complicate matters with his career choices, and he knew that, but he didn’t expect them to become this serious so quickly. Michael Corinthos (Chad Duell) has no idea Dex hasn’t heeded his orders in distancing himself from Joss, but he’s going to soon, and he won’t like it.

Furthermore, Sonny Corinthos (Maurice Benard) is also going to discover Joss and Dex are now a couple, and won’t like the idea of Dex being romantically entangled with his stepdaughter, especially given that he and Joss have been on the outs with one another ever since he and Carly Spencer (Laura Wright) divorced. Speaking of Carly, she’s at the center of the drama Dex is going to find himself caught up in.

Contrary to popular belief, Joss isn’t actually blind to her mother’s faults. She just loves her anyway, unconditionally, the way Carly taught her to love her family. It might leave Joss in an awkward position with Willow and Michael when they come to question her loyalty. Would they be so bold as to chastise her for staying in contact with her own mother after what she’s done? This might make Joss feel irritated with Michael and open the door to her paying a bit more attention to Michael and how he spends his time. Will this shine a light on his connection to Dex?

No one is more important to Joss than her mother, and Dex has come to learn that rather quickly. In addition, Carly really came through for Dex when he was suffering from an infection following a bullet wound during the prison van transport gone wrong. Dex isn’t going to be quick to roll on Carly, and he might try to convince Michael not to retaliate, which is going to confuse Michael since Dex is always the one chomping at the bit to take Sonny down — even when Michael has backpedaled and had his doubts. Moreover, Dex will notice that Joss is committed to seeing her mother through this difficult time, despite the fact that she was wrong for keeping Willow and Nina in the dark. Michael’s revenge plan might not work well if his henchman doesn’t want the job.

It’s pretty simple. Joss loves her mom and forgives her. Michael loves his mother and refuses to forgive her. Dex is caught in the middle between his girlfriend who wants him to understand and would surely cut him out of her life if she discovered he was even thinking about harming a hair on her mother’s head, and his covert employer who wants Carly to pay and will pay Dex anything to make it happen. Which road is Dex going to choose and how will he hide the truth from the other sibling? Stay tuned for more GH news and spoilers to find out!