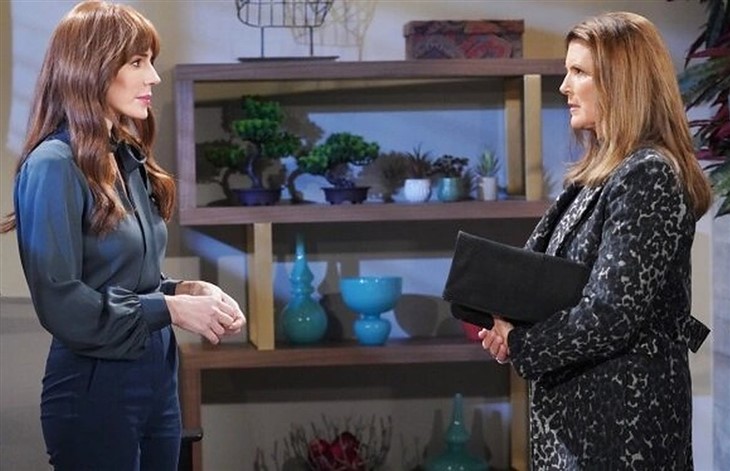 The Bold and The Beautiful spoilers reveal that Taylor and Sheila will continue to clash after Taylor confronts Bill Spencer (Don Diamont). Bill has been blackmailing Steffy. Bill wants to keep Sheila out of prison and will do it at all costs. Katie Logan (Heather Tom) will plead with Bill as well. Unfortunately, Bill doesn’t listen.

Liam Spencer (Scott Clifton) is one of the last to know what Bill has been up to. Liam knew something was going on with Sheila but had no idea his father was protecting her let alone sleeping with her. Now Liam learns that Bill is blackmailing Steffy to not testify against Sheila. Steffy vows to see Sheila go back to prison no matter what it takes.

The Bold And The Beautiful Spoilers: Bill Professes His Love To Sheila – Couple Solidifies Their Relationship By Making Love

Sheila and Bill will finally have sex deepening their connection. However, Liam and Wyatt Spencer (Darin Brooks) will try to talk some sense into their father. Neither of Bill’s sons understands how he can blackmail Steffy. Steffy is family after all. Bill is putting Steffy’s entire family in danger including his granddaughter.

Bill is continuing to burn bridges when it comes to his family. Bill will choose Sheila over his sons as well. Will Bill have anyone left in his life when Sheila abandons him for greener pastures? Since no one else can get through to Bill presently, it seems that one of his exes will take things into her own hands. This person certainly poses a threat to Sheila’s security.

The Bold And The Beautiful Spoilers – Brooke Logan Protects Her Family