The Young And The Restless Spoilers: Summer Livid At Kyle’s Scheme, Ok With Jack’s Necklace Theft? 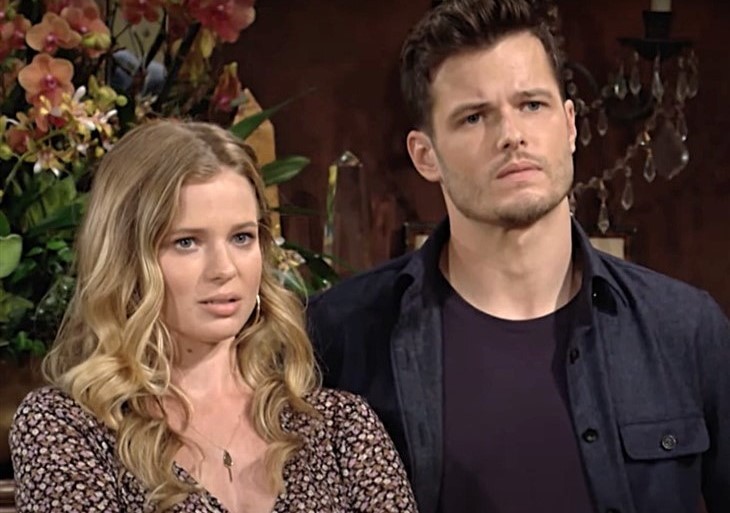 The Young And The Restless Spoilers – Drawing The Line

Summer has been cool with Kyle helping his mom in the past, but she has to draw the line when she’s involved Jack in a scheme that involves stealing Nikki’s necklace. Kyle has tried to explain that they’re trying to out-con a con, and Diane has to prove to Jeremy Stark (James Hyde) that she’s up to the task of theft. Summer gets that but her grandma Nikki would never approve using her necklace to do anything to help Diane, and that’s what she would see this as.

She knows that’s why Jack had to steal the necklace so Diane could brag to Stark that she stole it to pass his muster. Summer is livid at Kyle’s scheming with his mother, who she’s come to trust about as much as her mom and grandma do!

Kyle also talks to Summer about her grandfather Victor Newman (Eric Braeden) bringing him in on his plans for Adam Newman (Mark Grossman), wanting him to fire him from Jabot. Summer’s shocked that her grandfather would do this to his own son, and even more shocked that Kyle would consider it-even though he denies saying he’d help. Kyle claims Victor just wants Adam back at Newman Enterprises and fails to understand his allegiance to Adam, but after the argument about the necklace, Summer just sees another scheme. Summer still wants to take Harrison Locke (Kellen Enriquez) out of the country to the textile show to keep him safe from Stark, but she’d like to get away as well.

After arguments about Jack stealing her grandmother’s necklace and Kyle being okay with that, followed by scheming with her grandfather to fire her uncle, she’s running out of trust. Summer isn’t any more enamored of Adam than the rest of the Newmans are, but on the other hand, he’s still Victor’s son and she’s appalled at the plan. Adam did save Faith Newman’s (Reylinn Caster) life, donated his kidney, and saved her father’s life too after that tornado trapped them in Kansas.

The Young and the Restless Spoilers: Courtney Hope Opens Up About Sally’s Romances With Nick And Adam #yr #youngandrestless

Her mother schemes, her mother-in-law and father-in-law scheme, her grandfather schemes! Summer is rapidly running out of trust for anyone, and she’s tired of all the scheming.