General Hospital Spoilers: Britt Didn’t Have Huntington’s And Didn’t Have To Die — Who Was Out To Get Her? 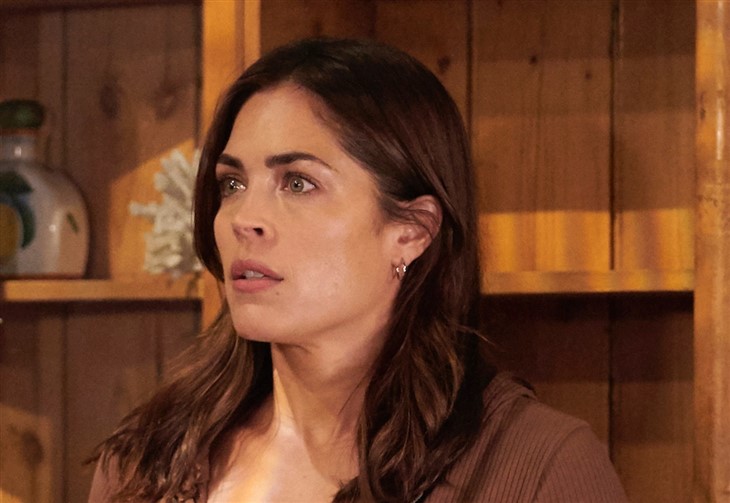 General Hospital Spoilers tease that Britt Westbourne (Kelly Thiebaud) never had Huntington’s Disease, and this revelation is going to floor her mother and other loved ones when they find out. Britt spent more than a year struggling with emotions she kept mostly to herself about the ticking time bomb she was walking around with.

She knew her future was gone in an instant. She wouldn’t have children of her own, a husband, or anyone all that special in her life — not because Huntington’s was circling her for execution, but because she wouldn’t dare drag anyone into her unhappy ending. Finding out only after her death that Britt was never suffering from this disease in the first place will stun all who loved her, and it’ll leave Liesl Obrecht (Kathleen Gati) promising that heads will roll.

General Hospital Spoilers — What About That Diagnosis?

When Britt was on the run from the authorities with Jason Morgan (Steve Burton), they were hiding out in Canada getting to know one another on a whole new level. That’s when Britt confided in Jason that she had been too afraid to seek out the truth and discover whether or not she inherited the genetic markers for Huntington’s Disease from her psycho father, Cesar Faizon (Anders Hove). Jason accompanied her to a Canadian hospital where she was screened for the markers under an assumed name and it was found she did have the markers.

Leave it to Victor Cassadie (Charles Shaugnessy) to have had eyes on both Britt and Jason all that time ago and to have been one step ahead in ensuring her lab result was faked. Of course he did! He also went on poisoning Britt so she attributed her symptoms to her illness. Victor is always lurking behind the curtain — a coward who lets others do his bidding for the most part. Why would he want to convince Britt she was afflicted with this horrible disease though? It was the best way he could set himself up to ride in on his white horse later and promise a cure for Britt if Liesl would come back to him, knowing she would do anything to save her daughter.

General Hospital Spoilers: Dex Is Caught In The Middle Of Joss And Michael’s War Over Their Mother https://t.co/3CZKCToLl9 #GeneralHospital #Spoilers pic.twitter.com/8RqHiY9iU2

Victor’s plan was foiled when Heather Webber (Alley Mills) got to Britt first and scraped her with that deadly, venomous hook. Vic couldn’t have possibly planned for Britt to have such a remarkably untimely and horrific death. The icing on the cake will be Liesl’s realization that had Britt known she wasn’t terminally ill, she would absolutely have sought treatment for her hook injury right away. Instead, she chose to let the toxin kill her instead of riding out whatever time she had left with a neurological illness that would leave her incapacitated and in pain until her dying day. When Liesl discovers Victor was behind the entire ruse that led her daughter to make such an ill-informed decision, she will seek vengeance. Stay tuned for more GH news and spoilers so you don’t miss it.