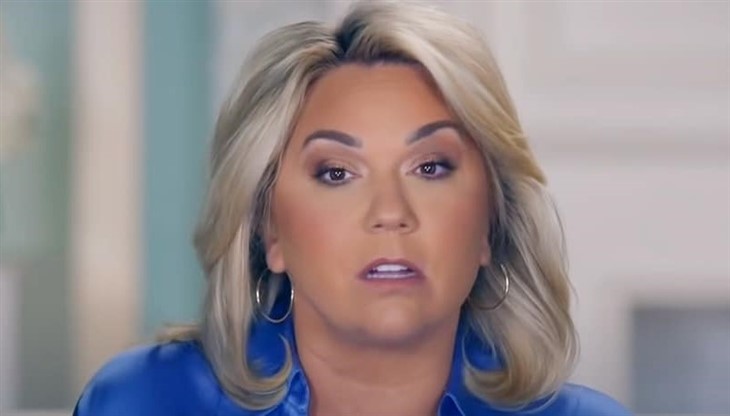 This past Monday, former reality star Julie Chrisley turned 50 years old. The Chrisley Knows Best star celebrated with her family by her side with her daughters paying her a bitter sweet tribute.

The tribute comes on the heels of Julie Chrisley and Todd Chrisley set to begin their lengthy prison sentences for bank fraud and tax evasion. As part of their tribute to their mom, Savannah and Lindsie encouraged their mom to ‘fight the good fight’ ahead of her seven year prison sentence.

Savannah’s tribute also included a video filled with photos of herself and her mom along with a lengthy caption to her mom. “I know this isn’t the birthday we had imagined but I’ll make it up to you,” Savannah wrote.

Savannah Chrisley – Thanks Mom For Being An Angel

Savannah Chrisley also went on to thank her mom. ”Thank you for being the mom that every girl dreams of having. For a lot of people…you only exist in fairytales but for me…YOU’RE my real life angel. You have a heart that is full of love and kindness,” the 25-year-old wrote.

Julie Chrisley’s step daughter Lindsie shared her love to the reality star along with a video. “We love you Mimi,” Lindsie simply wrote. Julie and Todd Chrisley will both report to prison on January 17th. Julie has been sentenced to 7 years while Todd will serve 12 years. Both are not expected to see an early release and will have to be on probation upon their release.

Chrisley  – Julie & Todd Chrisley To Report To Prison On Tuesday

Julie will serve time in Florida at a minimum security prison in Marianna while Todd is expected to report to a separate prison location within the sunny state, Pensacola, Florida. Last week the real estate couple were denied bail after filing an appeal. It was also shared that they were denied thee ability to extend their surrender date by 21 days.

It is unclear if the reality series Chrisley Knows Best will continue, centered on Savannah and her siblings. The USA Network has yet to officially announce the fate of the series that has yet to air season 10 content of the family that fans are waiting to see.