The Young And The Restless Spoilers: Victor Plots, Jack’s Mistake, Sally’s Secret Is Out 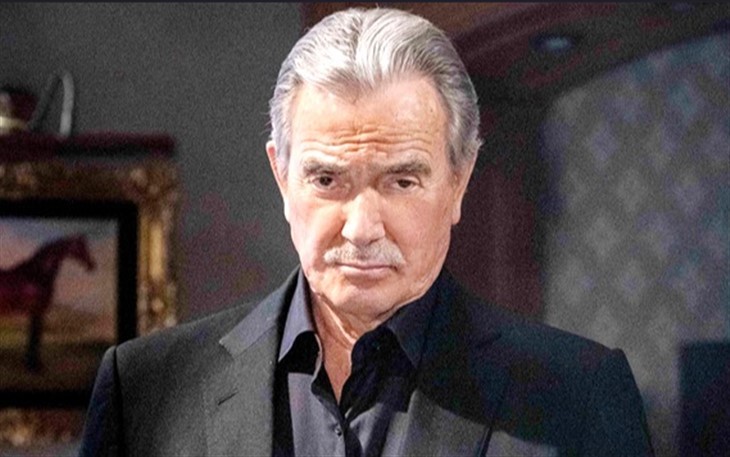 The Young And The Restless spoilers indicate Victor Newman (Eric Braeden) will continue to plot to get Adam Newman (Mark Grossman) back into the family business. Jack Abbott (Peter Bergman) believes everything Diane Jenkins (Susan Walters) tells him, is he making a mistake? Sally Spectra’s (Courtney Hope’s secret Is out.

The Young and The Restless spoilers indicate that Victor is determined to get Adam back under his thumb and in the family fold. However, Adam has no intention of coming back to Newman Enterprises. Adam also does not what his father trying to control Connor Newman (Judah Mackey). Victor is trying to make friends with Chelsea Lawson (Melissa Claire Egan) to get his hands on Connor.

Victor tries to control everyone in his family. Adam has gone to work at Jabot to get out from under his father’s thumb. Victor has an opinion about everything his children do including their children and their significant others. Now that Victor has Kyle Abbott (Michael Mealor) working with him, can he get Adam away from Jabot?

Jack wants to help Diane to get Jeremy Stark (James Hyde) out of her life. Jeremy has insisted that Diane perform an act of good faith to prove that she wants to be with him. Jack has agreed that Nikki Newman (Melody Thomas Scott) is the best target. Unfortunately, Jack didn’t expect to get caught. Jack went to steal a necklace for Diane to give to Jeremy it seems Nikki will intercede.

Nikki will confront Jack and Diane and she won’t be wanting any excuses. Nikki wouldn’t have known anything had Phyllis not heard Diane and Jeremy together. Nikki is about to demand answers and it might get pretty intense. Why would Jack use her as a target with no warning? Is Nikki supposed to just sit there and take this?

Sally will be planning on going to her meeting with Jill Abbott (Jess Walton). However, Sally is in the middle of a fierce battle with morning sickness and cannot get it together. Sally wants to make a good impression because Jill is not her biggest fan. Sally is terrified of getting sick in front of Sally and blowing her presentation.

Sally is terrified when Nick Newman (Joshua Morrow) arrives. Nick can’t believe that Sally is still in her bathroom this close to the time of her meeting. Chloe Mitchell (Elizabeth Hendrickson) will bring by some remedies but Nick will ask to speak with Sally alone. Sally will confirm that she is fighting morning sickness. Where will Nick take things from here?

Be sure to catch up on everything happening with Y&R right now. Come back here often for The Young And The Restless spoilers, news, and updates.