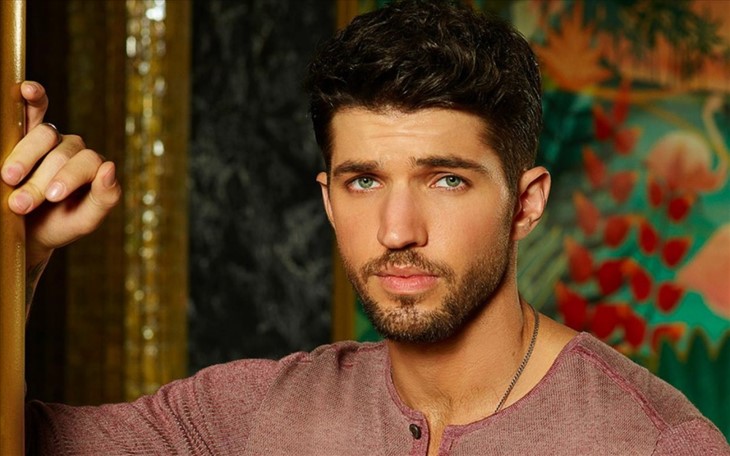 General Hospital spoilers, news, and updates tease that Bryan Craig, a former cast member of the soap, has achieved a significant and life-changing milestone. The actor took to social media to share that he is 30 days sober.

The actor, who played the role of Morgan Corinthos, started the year right. On January 8, he shared on his Instagram Stories that he has managed to avoid drinking alcohol for 30 days

.“Everyone has their own definitions of accomplishments,” the actor shared.

“This was a big one for me. I’ve never felt more clear-minded, healthy, energized, and motivated than I do right now. It may be a big ole’ cliché, but a true one at that,” he added.

The actor is proud to start the year the best way he can and excited about the positive benefits of quitting drinking alcohol. He thanked the people close to him for all their support. He also expressed his gratitude to all those who reached out to him to wish him well on his journey toward living an alcohol-free life.

General Hospital Spoilers: Elizabeth Moves Esme In To Her House!

Fans know that Heather Webber (Alley Mills) was ecstatic when she found out that she was going to be a grandmother. She wants to be by Esme Prince’s (Avery Pohl) when she gives birth to her baby. Will she finally get her wish?

On the January 16 episode, Esme will go into labor at the hospital. But writers may hold off on the delivery of her baby until Heather arrives. Viewers are aware that Heather can get in and out of Spring Ridge whenever she wants, thanks to the guard who has been helping her out.

Esme has no idea that Heather is her biological mother. Having said that, Esme may think Heather is just a kind stranger who’s willing to help her. Additionally, Esme has amnesia and which means she won’t have any issues accepting any information that’s being fed to her.

GH Spoilers: Willow Struggles To Accept Nina As Her Mother — Will Michael Push Her In One Direction? https://t.co/HOGGTIjcHV #GeneralHospital #Spoilers #GeneralHospitalepisode pic.twitter.com/Y6usPWkRmd

Meanwhile, Martin Grey (Michael E. Knight) thinks that he can clear Esme from all the crimes that she’s being charged with. Martin is an excellent lawyer, and he could very well convince the court to find Esme not guilty and get released scot-free. When that happens, she may end up going into labor, and Heather may be around to help her deliver the baby.
Be sure to catch up on everything happening with General Hospital right now. Come back here often for General Hospital spoilers, news, and updates.