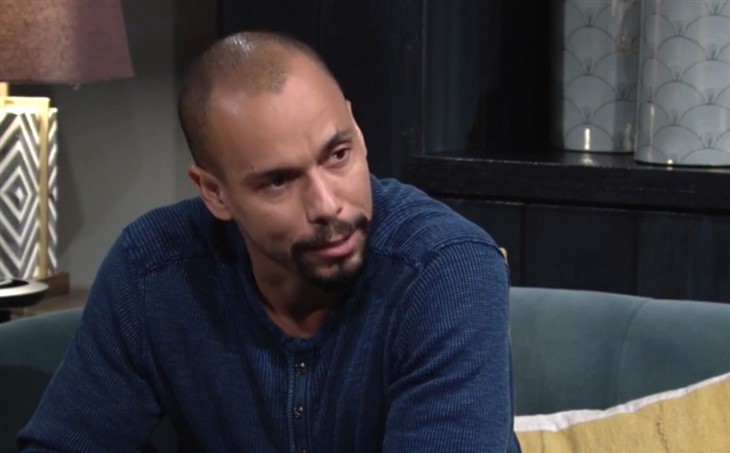 The Young and the Restless spoilers document that Devon Hamilton (Bryton James) listened to his father, who asked for ten-minutes of his time and received five. Tucker McCall (Trevor St. John) needs his son’s help, but Devon refuses to realize that he and Ashley Abbott (Eileen Davidson) are the two people in the world that he needs.

Pride is causing Devon to turn his back on Tucker. Holding a grudge and clinging to the past is not what Neil Winters (Kristoff St. John) taught him to do.

Neil will always be the man Devon considers his real father. But Tucker deserves compassion.

The Young And The Restless Spoilers – What About Hilary Hamilton?

Devon did not appear to consider or reference what happened with Hilary Hamilton (Mishael Morgan). She came to Genoa City, Wisconsin, intending to seek revenge on Neil, who she believed was responsible for her mother’s alcohol poisoning death.

The Young And The Restless Spoilers: Victor Plots, Jack’s Mistake, Sally’s Secret Is Out

In time, Neil practiced radical forgiveness and fell in love with Hilary. She cared for Neil and married him.

But Hilary later fell for Devon, who was her soul mate. James’ character did not mention to Tucker that Neil, who was recovering from being blinded, was devastated that his wife, Hilary, betrayed him with Devon and eventually forgave them both and endorsed their later marriage.

Devon’s reaction, when Tucker suggested he had an alternative business resolution to Chancellor-Winters’ problems, implied he had not considered that route. Tucker told his son he could buy back the Hamilton-Winters’ portion of CW.

Jill Abbott Atkinson (Jess Walton) and Lily Winters (Christel Khalil) have been pushing hard for an initial public stock offering, wanting to infuse the company with outside money. Devon has been leery of relinquishing control to strangers, and his instincts about unexpected events proved out when he exposed Audra Charles (Zuleyka Silver) as Tucker’s mole.

Yes, Tucker’s plant was a betrayal of trust. But he did not tell Tucker he wants to implement his advice in buying back his portion of CW because of emotions. Devon is a smart guy who needs to access more of the logical part of his brain in this situation, with the admission that it is easier to suggest doing so than actually following through.

Abby Newman Abbott Chancellor (Melissa Ordway) is biased against Tucker because he is her ex-stepfather. Ashley Abbott’s (Eileen Davidson) trials and travails with Tucker replayed themselves in a recent storyline that ended with her supposedly brief return to Paris, France.

Like Devon, Ashley only wants to focus on how Tucker makes her feel. Neither character is responsible for being Tucker’s moral guide. But both people know he harbors his deepest feelings for them.

Abby’s advice to Devon, about cutting Tucker off forever, is short-sighted. Hardcore viewers recall Abby and her father not getting along on many occasions. She has not severed ties with Victor Newman (Eric Braeden), and encouraging Devon to do so with Tucker is overly harsh on Y&R.