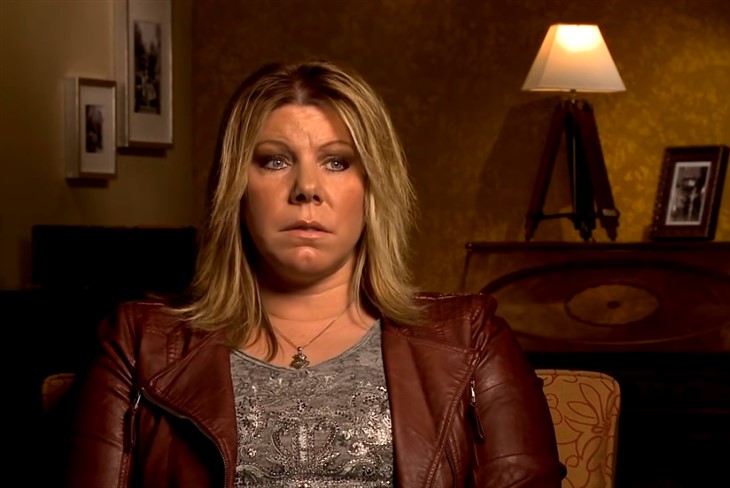 Sister Wives fans see that Season 17 loosened the tongues of the adult kids, and now Tony and Mykelti opened up about Meri Brown in a live on social media. Between Paedon, Gwendlyn, and the mom of the twins, it’s almost impossible to keep up with the piping-hot tea.

When he did an interview with John Yates, Paedon Brown talked about the catfish and how long it dragged on. Recall, it seems to last forever on the show, and in one scene, fans saw that Mariah was furious with her her mom. These days, Mariah’s known as Leon and became trans. When Tony and Mykelti Padron talked about the catfish recently, they mentioned “Mariah.” Actually, the Catfish, Jackie Overland, also known as Sam Cooper spilled the tea that allegedly, Kody was “verbally” abusive with Meri.

Sister Wives fans also heard that the catfish alleged that Meri once suggested that they might do a spinoff together. However, the family became aware of the developing love story so that never happened. And anyway, Sam Cooper claimed that s/he wasn’t interested in fame. However, that didn’t stop her/him from writing a book about it. Some folks think if “Sam” had been a guy and not a woman, Meri might have left Kody ages ago.

Sister Wives – Tea By Tony & Mykleti In A Live

Katie Joy of “Without A Crystal Ball” received the live that was recorded by one of her followers. So, she then posted it on her Instagram.  In the video, Katie put some text overlay that summarised what Tony and Mykelti talked about. The conversation was about the time in season 17 when Kody didn’t want Christine to leave, but he didn’t mind if Meri went away. However, Mykelti claimed that Meri actually “cheated,” not physically, but by phone intimacy. And, she wanted out as she was “done” with the family.

Sister Wives fans heard the couple opine that if Jackie had been a guy, then Meri would have probably left Kody permanently. Plus, they told their viewers, that “Mariah” overheard her mom having such an “intimate” phone conversation.  If Leon had actually overheard it, that would really explain their anger about the cheating mother. Naturally, Mykelti feels that Meri has no right to complain about her dad who didn’t cheat on her.

Sister Wives fans took to the comments to discuss what Mykelti and Tony Padron said about Meri Brown. But it was quite late at night, so not many comments arrived yet. However, it’s sure to gather numbers in the next few days. One follower didn’t know who “Leon” is. So, another fan explained that it is “Mariah.” Another comment spoke about how it must have been difficult for Meri Brown’s daughter who seemed reluctant to make things right between them.

What are your thoughts? Let us know in the comments below