The Young And The Restless Spoilers: Chance Looking For A Career Change? Follows In Sharon’s Steps? 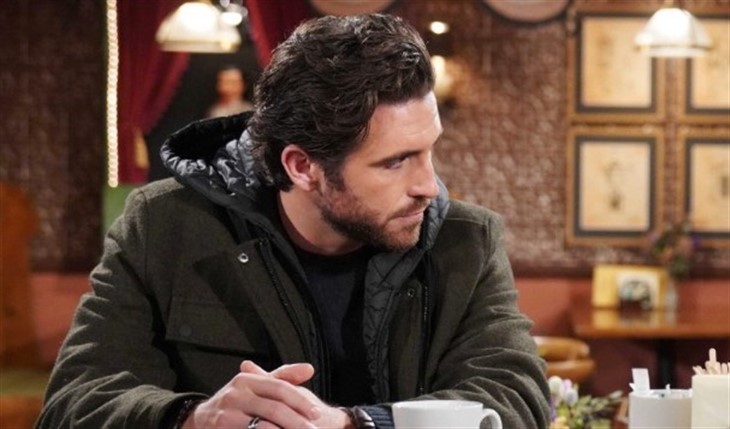 The Young and the Restless spoilers show that Chance Chancellor (Conner Floyd) will attempt to determine what his future holds now that he is divorced from Abby Newman-Abbott (Melissa Ordway). Chance has found it difficult to deal with his disintegrated family, but devoting himself to his career makes it easier.

Chance also seemed to be a little plagued by his errors and the fact that he frequently placed work before anything else. Fans are aware that Chance unexpectedly left for a mission in Spain, leading to his presumed dead up until Abby went hunting for him.

Upon his return to Genoa City, Chance also experienced trauma, which made it challenging for him to get in touch with Abby and develop a friendship with Dominic Newman-Abbott-Winters-Chancellor (Rainn and River Ware).

The Young And The Restless Spoilers – Chance Chancellor Walks About From The Police Department?

Naturally, Chance had some difficulties returning to his job at the GCPD. Although Chance continually prioritized duty over family and contributed to the gulf between them, Abby may have been the one who cheated. Chance now has a second chance to improve his life and steer clear of the same errors in the future.

Chance will examine a different career path more as he analyzes what went wrong and where it all went wrong. Chance has always believed that his identity as a police officer defines him, yet there are undoubtedly many other careers one may pursue.

It’s feasible that Chance will become interested in pursuing training in a field connected to therapy as a result of all his helpful Sharon Rosales (Sharon Case) chats. Chance could always work at Chancellor-Winters, though.

Chance used to not consider himself to be a business type of man, but recently, a lot has changed in his life. Depending on how things go with Chancellor in the upcoming weeks, Jill Abbott (Jess Walton) would love to keep Chance on board.

However, Chance might also launch a company of some kind or think of a project that would put his abilities to use entirely differently. That will bring Chance one step further to leaving the GCPD for an unexpected new profession!

What do you think? Will Chance Chancellor quit the GCPD and could he go into a route of therapy like Sharon or is this just a phase? Share your thoughts and remember to keep watching the CBS soap to see what happens next.

Travis is a massive film dork, book reader and record collector who enjoys the hilarity of reality television. Seriously addicted to the internet and when not glued in front of the screen is out riding his bicycle.