The Young And The Restless Spoilers: Jack’s Mind Is Clouded – Summer Sees Clearly 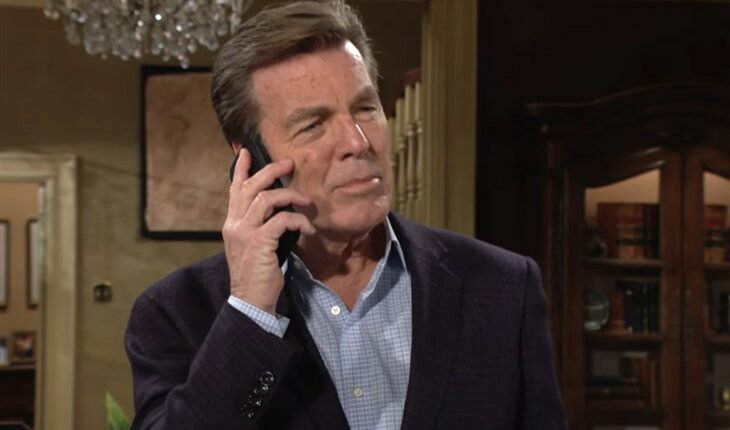 The Young and the Restless spoilers document that Jack Abbott (Peter Bergman) resembled David Niven (Sir Charles Litton) in the original Pink Panther movie series. Jack is defending the woman he has inexplicably or, based on opinion, inevitably fallen back in love with.

The Young And The Restless Spoilers – The Pink Panther In Chicago, Illinois

The Pink Panther movie series was a smash hit starting in the 1960s. Niven was intended as the star of the movie, as his character was the thief who stole a famously large diamond known as the Pink Panther. The diamond had a flaw in its center that, when viewed, appeared to show a panther.

Peter Sellers (Inspector Jacques Clouseau) was originally cast as one of the supporting characters. But he became the star of the series due to his comedic brilliance and went on to build a legendary career before dying in 1980 when he was only fifty-four years old.

The Pink Panther series, directed by Blake Edwards, was resilient and continued without Sellers through 1993 movie installments. An animated series and movies ran from the late 1960s through the early 2010s.

As for Jack, he fancies himself as a thief but also a framer. He and his leading lady accomplice, the ever-dramatic Diane, are attempting to get Jeremy arrested for stealing Nikki’s spectacular necklace that Jack stole from her and Victor Newman’s (Eric Braeden) apartment in Chicago, Illinois.

Summer Newman Abbott (Allison Lanier) learned about this comedy movie-like plan and put her foot down. Kyle’s was in the Abbott mansion living room when his wife told Jack and Diane that she and Kyle were out.

Kyle has gone along with his mother’s increasingly risky schemes, believing, like his father, that Diane is the victim of Jeremy’s intimidation. But Summer’s perspective presents the clearest-eyed view.

Lanier’s character originally tried to broker peace between her mother, Phyllis Summers (Michelle Stafford), and Diane. That quickly failed. Then, Summer chided her mother for involving herself in Diane’s supposed redemption efforts. But Summer now sees that her mother was right, and that Diane is the problem.

Jack was infuriated with Diane when she first revealed herself as alive in Los Angeles, California. But Diane made a clever move by relocating to GC and involving Jack in the minutia of her life.

The Jeremy threat is real, as Diane turned state’s evidence that put him in federal prison for money laundering and provided her with immunity. Phyllis’ tell to Jeremy about Diane’s whereabouts served as a human GPS.

Jack’s mature belief that he should avoid unstable female companions and not revisit past relationships that failed badly worked with Sally Spectra (Courtney Hope) and Phyllis. But Diane is Kyle’s mother and Harrison Locke’s (Kellen Enriquez) grandmother, and she is working those angles for all they are worth on Y&R.