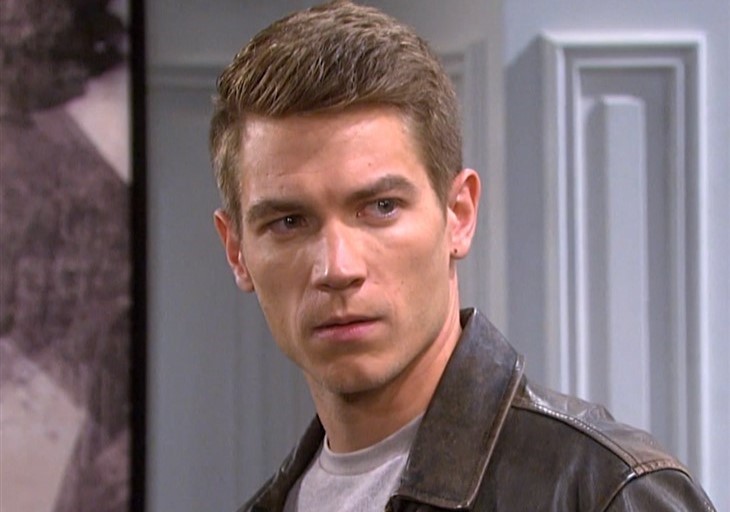 Days of Our Lives spoilers indicate that now that Wendy Shin (Victoria Grace) and Tripp Johnson (Lucas Adams) have reconnected, Johnny Dimera (Carson Boatman) may have issues. Tripp needs a shoulder to lean on, and Wendy refuses to abandon her friend. Who will win in the end?

Days Of Our Lives Spoilers – Tripp Johnson Needs A Friend

Days Of Our Lives spoilers reveal that Tripp has just lost his stepmother, Kayla Johnson (Mary Beth Evans). Tripp’s mother is in Bayview and seems to have completely lost her mind after killing Susan Banks (Stacy Haiduk). Tripp simply needs a friend, and Wendy wants to be there. After all, Wendy and Tripp were friends before Johnny came along.

Wendy believes Johnny should understand. Wendy would never ask Johnny to walk away from a friend who needed him, and she expects the same. After all, there was never anything romantic between Wendy and Tripp. Johnny may find himself in the same boat as Alex Kiriakis (Robert Scott Wilson if he continues to push.

DOOL Spoilers – Johnny Dimera Is Hanging With His Ex-Wife

Johnny has been hanging out with his ex-wife since John Black (Drake Hogestyn) asked him to do a special project for Marlena Evans (Deidre Hall). Johnny and Chanel Dupree (Raven Bowens) could touch on their lingering feelings for each other. After all, Johnny and Chanel’s breakup was not precisely expected and was neither of their faults.

After Johnny reveals that he still loves her, Chanel chooses to be with Allie Horton (Lindsay Arnold). Unfortunately, the more that Johnny and Chanel are together, the more their feelings surface. Will Johnny and Chanel give in and kiss or more? Will Wendy see something in there that makes her think twice about Johnny?

Johnny may see Tripp and Wendy together and get the wrong idea. Of course, Johnny is a Dimera, so confronting Tripp would not be out of the question. Will Johnny warn Tripp away from Wendy? After all, that worked out so well for Alex Kiriakis (Robert Scott Wilson) and Stephanie Johnson (Abigail Klein). Alex caused her to miss saying goodbye to her dying mother.

Johnny and Chanel seem to be getting closer, and Allie may end up turning to Alex. Will Wendy be left alone once Johnny and Chanel reconnect? Could Tripp move back to Salem to be close to his dad now that Kayla Johnson (Mary Beth Evans) is gone and Ava Vitali (ex-Tamara Braun) is locked up in Bayview for her safety as well as others?