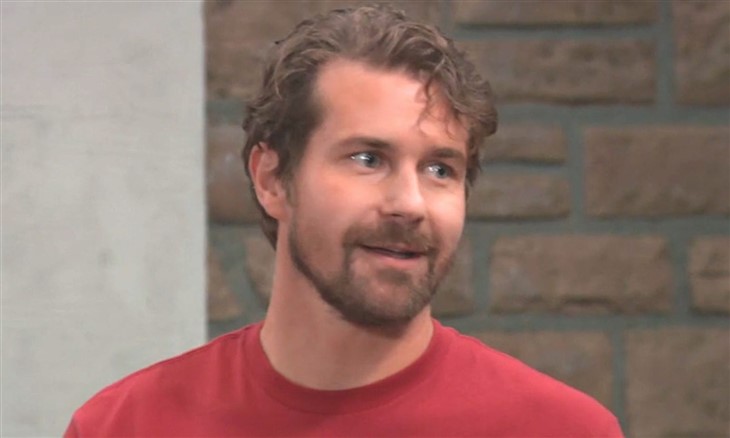 General Hospital spoilers indicate that Cody Bell (Josh Kelly) has struck up a friendship with Sasha Gilmore (Sofia Mattsson) that could lead to trouble. Cody may figure out that Gladys Corbin (Bonnie Burroughs) is Sasha’s mother-in-law and that she has gambled away all of her money.

General Hospital spoilers reveal that Cody likes Sasha after meeting her at the Quartermaine’s one night. Sasha and Cody talked about their past, and Gladys was mentioned. Of course, Cody knows a Gladys, which is not a comment name in Port Charles, but he assumes they are two different people. Cody may investigate and find out that Glady and Sasha are connected.

Cody runs the poker games for Selina Wu (Lydia Look). Cody has the opportunity to work things so that Gladys can make back some money. Unfortunately, allowing Gladys to win could make her gamble more and lose even more money. Will Cody put himself at risk for Gladys and Sasha? Has Gladys learned her lesson about betting away Sasha’s money?

Gladys has been stealing from Sasha ever since she became her guardian. Gladys has managed to go through all of Sasha’s money and anything Brando had left. Now Gladys is trying to sell Brando’s garage for more money to gamble with at the Savoy. Gladys was supposed to use this money for Sasha, not use it for her own guilty pleasures.

Gladys could get in a lot of trouble over Sasha’s money. What will happen when Sasha is released from the guardianship and no longer has any money at all? Gladys had no right to gamble with Sasha’s future. Gladys should have done what she was appointed to do. Of course, Gladys could be ordered to replace this money, but she has no money of her own. Will Sasha ever recuperate her losses?

Cody is supposed to run the poker games for Selina, not anyone else. Cody will take a huge risk if he tries to help Gladys get back some money. Selina has already had Cody badly beaten once. What will Selina do if he crosses her again? Of course, Gladys could call for reinforcements such as Sonny Corinthos (Maurice Benard).

Selina could back off it; she knows that Cody is helping Sonny’s cousin. Sonny and Selina have an excellent working relationship, so that he could intercede for Gladys. Selina certainly does want to have issues with Sonny over his family. Sonny has no idea this is happening, or he would have already stopped it. Will Gladys face Sonny’s wrath when all is said and done? Will Cody blow the whistle?