The Bold And The Beautiful: What Did Sheila Do To Bill? 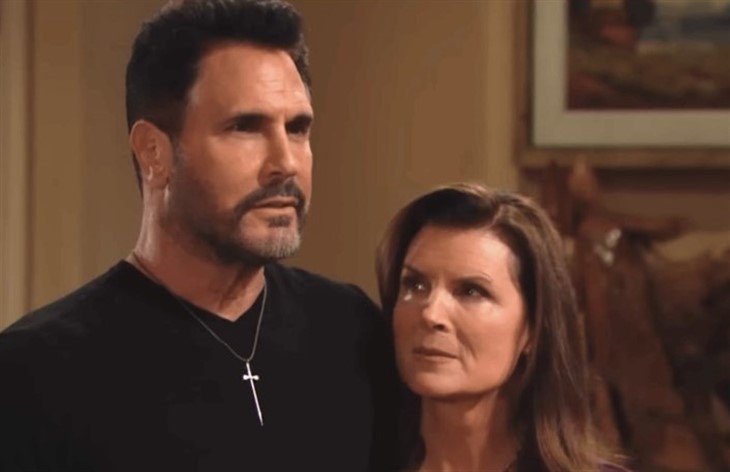 The Bold and the Beautiful spoilers, news, and updates tease that fans are wondering what Sheila Carter (Kimberlin Brown) may have done to Bill Spencer (Don Diamont). Did she brainwash him or drug him to make him follow everything she says?

On the popular hit drama The Bold and Beautiful, Dollar Bill Spencer has come a long way since his debut in 2009. He’s been depicted as an unstoppable force of the Spencer Media Empire. He’s the type of person who is determined to conquer goals no matter what it takes. But things have been different lately, especially when it comes to Bill’s personality.

Bill used to exude a powerful presence whenever he was around. He is ruthless and vocal over different matters. But he has changed recently. He’s become Sheila Carter’s silent tool. He fell in love with Sheila and viewers noted how fast their romance evolved. But the fast progress has made many viewers wonder what Sheila may have done to Bill.

There are different possibilities. She may have brainwashed him or perhaps drugged him with her own blood. Fans know that it’s not easy to make a man like Bill follow a woman’s every instruction. But for now, fans will just have to wait and see what happens next.

The Bold And The Beautiful Spoilers – Brooke Confronts Sheila Carter

Spoilers hint that Brooke Logan (Katherine Kelly Lang) and Sheila Carter (Kimberlin Brown) will have a heated conversation. Fans may recall that Brooke and Taylor Hayes (Krista Allen) have come to an agreement to stay away from Ridge Forrester (Thorsten Kaye).

Brooke may not want to reconcile with Bill but the fact remains that she still cares for him. Not only that, she knows what Sheila is capable of doing thanks to the infamous champagne bottle switch.

So, Brooke will be open to helping Bill, who seemed to have fallen under Sheila’s spell. It’s possible that the latter is controlling Billy’s mind or perhaps there is another reason why he’s doing everything that Sheila tells him. Will Brooke prove that Sheila is controlling him against his will? Or is Bill really in love with Sheila and willing to do everything she says? Additionally, who will put a stop to all of Sheila’s schemes? Will she finally get his comeuppance?