The Young And The Restless Spoilers: Kyle Can Not See Summer Is Right – Jeremy Hard To Eliminate 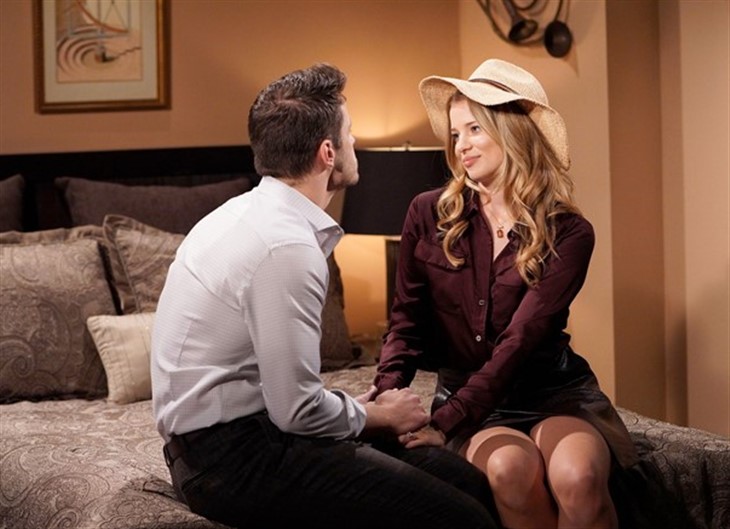 The Young and the Restless spoilers document that Kyle Abbott (Michael Mealor) is like his father. He is so caught up in Diane Jenkins’ (Susan Walters) drama that the view of reality is warped.

Summer Newman Abbott (Allison Lanier) loves her husband and supported his desire to reconnect with his mother after Diane revealed she was not murdered by Nikki Newman (Melody Thomas Scott) in self-defense. That was a major offer on Summer’s behalf and not just because Nikki is her grandmother, though that alone made Lanier’s character generous.

But now that Jack Abbott (Peter Bergman) and Diane hatched a scheme where her stole Nikki’s necklace and framed Jeremy Stark (James Hyde), Summer is not suffering fools.

The Young And The Restless Spoilers – Jeremy Stark Is Very Dangerous

Kyle believes that all is well. He received notice that Jeremy was arrested and believes he will be heading to jail, resolving the Abbott family’s safety crisis.

But Kyle, like Jack and Diane, appears to believe Jeremy is a one-man band. Clearly this recently released criminal has associates and other supporters.

Jeremy threatened to take Diane down with him after realizing he was setup by her. Chance Chancellor’s (Conner Floyd) arrest is likely not the last viewers will see of Hyde’s character.

Kyle said that he would never tell Summer that she had to break contact with Phyllis Summers (Michelle Stafford). While Phyllis has committed crimes, she did not play dead.

Phyllis never made Nick Newman (Joshua Morrow), Summer’s father, to deal with the unfathomable grief that Kyle processed when he was a boy like Diane forced Jack to handle. Bergman’s character was not as quick to forgive Diane’s terrible decision.

But Jack, like Kyle, was soon persuaded to accept Diane’s explanation about being mentally unstable. Summer is right to believe Diane used emotion to reestablish a connection with Kyle and Jack and continues to prey upon their better natures.

The choice is not between Summer and Diane. To be fair, Diane likes Summer and is not intending to make her son choose between her and his wife.

But Kyle must recognize that Summer’s assessment of the situation Diane has put them in is more reasoned than his take. And he also needs to know that Phyllis is not responsible for Diane’s decisions on Y&R.