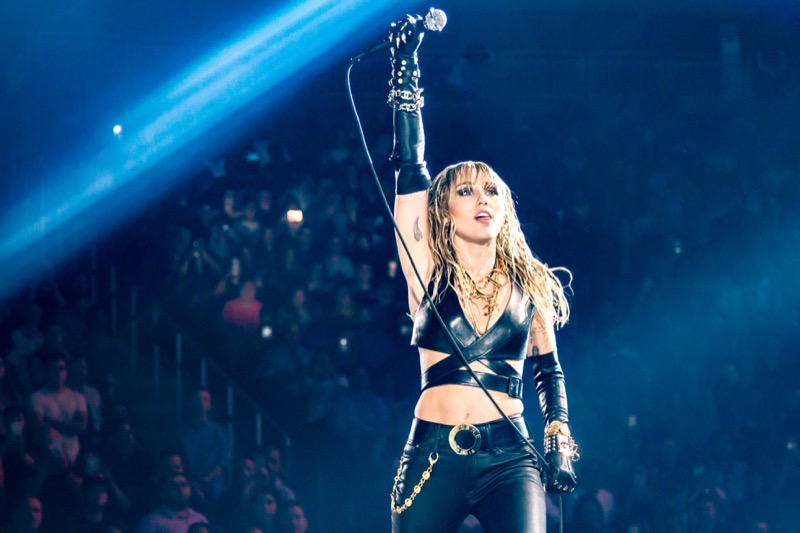 Miley Cyrus released her new song “Flowers” just a few days ago. Quickly, the song became a hit and smashed into the number 1 spot in the Global top charts. Of course, many people find breakup/self-love songs relatable. Therefore, the song’s popularity comes as no surprise. Fans took to social media to point out “hidden easter eggs” found in the song. What message is the singer trying to convey to her ex? Read on to find out what fans think.

Miley Cyrus And Liam Hemsworth – Are Over

Miley’s mom, Tish tried for years to get an intervention going for her daughter. Actually, back in  2015, she aimed to get Liam Hemsworth and her other ex-Patrick Schwarzenegger involved in an intervention. Anyway, rivers run under the sands of time, and recently, after on-and-off moments, she described Liam as just way too conflicting. Well, she might have found it too much effort to continue, but is she sending him hidden messages in “Flowers?” Some fans seem to think so.

Fans of Miley Cyrus know that the couple finally tied the knot in  2018. Unfortunately, it didn’t last too long and it was all done and dusted in 2019. Sources told Entertainment Tonight that Liam was too focused on his new lover to be concerned about his former PETA Vegan of the year ex. Actually, the split between them and the much-publicized split found some popularity as folks feel that she empowers women. Recall, she once pushed Liam away after he told her to “behave.” That went down at the 2019 premiere of “Avengers: Endgame.”

Recently, Casey Lynn on TikTok shared a video that received over 1 million likes and close to 5k comments. In the video, Liam’s ex danced to the video for “Flowers.” Interestingly, the video seems to reveal some hidden easter eggs that Miley left for her fans. Casey Lynn claimed that Miley “reverse wrote” the song by Bruno Mars called “When I was your man.” Additionally, she claims Miley filmed the video “in the house Liam rented” when she cheated on her.

Although the singer/songwriter publicly indicated that Liam didn’t cheat on her, Casey suggested that Miley was wearing “the suit” that Liam wore when he told her to “behave” on camera. Furthermore, Casey claims the song was released “on Liam’s birthday.” Actually, it isn’t all that easy to verify whether all hidden clues are directed toward Liam. So, her many fans eagerly await confirmation from Miley Cyrus.

With close to 5k comments, the post received a variety of different reactions from fans. Many fans complimented Miley for her strength. Meanwhile,  others thought she must still be thinking of Liam often if she wrote an entire song about him.

Other fans claim they found more hidden easter eggs. One of them wrote, “She wore the dress Jennifer Lawrence wore when she was with him on the red carpet (gold).” Can you find any other hidden easter eggs in Miley’s new music video? Let us know in the comments below.

Be sure to check back with us for everything happening with Miley Cyrus and other celebs. Come back here often for more news and updates about celebrities.